The popular PC MMORPG Ragnarok Online was hacked recently, causing private user information to leak to the public. The hack occurred on June 20 and hit the Gravity Corporation's international servers in California. Gravity reacted by rolling back the game's data two days back on June 21, as a number of users had created items with game-master privileges. While Gravity did not reveal the reason behind the rollback, users were compensated with extra experience points and items.

However, the hacker attack became a more serious problem on June 22, as a full list of user IDs and passwords was leaked to the general public. The list, which apparently had no encryption to begin with, included the login data of all users beginning with the beta test preregistration in April, allowing anybody to gain access to any user account. Numerous players reported being logged in by other users, losing items and experience points, and other problems. While Gravity promptly sent e-mails to users for account certifications, the damage had already been done, and users who could not check their mail continued to be victimized. The servers are currently closed, and no date has been set for the resumption of services.

Aside from the users' login information, it is unknown if any other private information, such as credit card numbers, was leaked in the attack. Gravity has not yet officially commented on the attack. 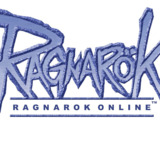