Raft: The Final Chapter - How To Unlock All New Characters

This survival-crafting game is more fun with more faces to choose from.

After a long period spent in Steam Early Access, Raft has finally received its 1.0 update and official release. The PC exclusive introduces several new characters in what's billed as "The Final Chapter," but this final chapter is just a new beginning for some players. If you want to have more characters available to you than just Maya and Rouhi, use our guide to learn how to unlock all characters in Raft.

Raft - How to unlock new characters

The roster of Raft characters grows to six with The Final Chapter, but you'll need to unlock four of them who aren't given more than a silhouette on the main menu screen. Their names are Johnny, Elaine, Shogo, and Tala. They each require specific tasks to be completed before you can unlock them as playable characters, so we'll break them all down one by one.

How to unlock Tala in Raft

Tala can be unlocked first among new characters. To have her join your roster, you simply need to have access to the Radio Tower early in the game. If you haven't unlocked the Radio Tower yet, you'll need to complete some of the game's earliest steps that tutorialize different game mechanics. This includes crafting the research table, a receiver, and three antennae. Then you'll need to install these items on your raft before it'll ping a location for you. That location is the Radio Tower.

Head there and begin climbing up to the tower. It'll be a bit of a platforming puzzle where you'll need to traverse gaps, climb makeshift ramps, and use other improvised means of gaining height up this structure. Speak to her and she will join your roster of characters.

How to unlock Johnny in Raft

You can unlock Johnny in the game's first chapter. Head to the island of Balboa and seek out Relay Station #6 in the northern part of the island. Note that two other relay stations are on Balboa, so be sure you've arrived at the right one. Johnny is waiting on top of Relay Station #6 and can be recruited when you speak to him.

How to unlock Elaine in Raft

Like Johnny, Elaine is waiting atop a tower, only she can't be found until Chapter 2. Head to Tangaroa City and look for the Main Tower. Take the elevator to the very top and Elaine will be taking in the sights waiting for you to recruit her.

How to unlock Shogo in Raft

Shogo will be the final character you unlock in Raft, rounding out your roster of six playable characters. He can be recruited in Chapter 3 when you visit Temperance. In this snowy biome, you'll want to locate the cryonic chamber by following a few short navigational steps:

Why change characters in Raft?

Characters in Raft are blank slates, so you may not feel the need to change their appearance when the effect is merely cosmetic. Still, one key aspect of character selection is understanding that your inventory is not lost between characters. As characters are essentially just skins, you can swap from one to another and so on without losing any of your precious inventory items such as crafting supplies.

While each character has a canon name, you can also change their display name and outfit to better stand out from other players who may be using the same skin within your co-op group. 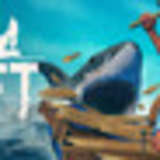