Radical Heights, the new free-to-play battle royale game from LawBreakers developer Boss Key, is currently available via Steam Early Access. However, at launch, there's no option to create a female avatar; only male avatars are available currently, with the female option "coming soon."

Female contestants will be implemented but won't be available at launch tomorrow. You'll be greeted with a "coming soon" for females tomorrow during customization. Plus all cosmetics you unlock can be worn by males or females.

Like other battle royale games, Radical Heights tasks you with surviving against other players, but it has few twists: You can collect cash and deposit it in the bank to use in a later match, regardless of whether you win or lose the game you're currently playing. The game also lets you ride BMX bikes.

On April 5, Boss Key addressed the current state of LawBreakers, admitting that it had "failed to find enough of an audience to generate the funds necessary to keep it sustained in the manner [it] had originally planned for and anticipated." However, the studio said it was committed to giving the game "the second life it deserves." 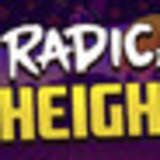