Race Driver 2006 cruising onto US PSPs

Expanded version of TOCA Driver 2 coming to North America in May; will offer 10 new racetracks and a variety of new cars; first screens inside.

Nearly six months after the PSP version of TOCA Race Driver 2 went on sale in Europe, its publisher has announced the franchise's debut on US PSPs. UK-based Codemasters revealed that a reworked version of the game, called Race Driver 2006, will be released for Sony's handheld in May.

A "North American exclusive," Race Driver 2006 will feature the core gameplay of TOCA Race Driver 2, plus a vast injection of new content. It will add 10 all-new tracks from around the world, including ones in Nashville and Shanghai, bringing the grand total to more than 60. Players will be able to choose from more than 50 different cars such as the Buick Gran Sport 455, Pontiac Firebird Formula 400, Dodge Charger, Gemballa GTR 750 EVO, and Koenig GTD. Crashes of said cars will sport realistic damage and physics. 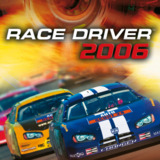