With a special Star Wars Day discount code, you can watch movies just like Luke Skywalker probably did: projected onto a wall from a tiny robot.

A limited-edition R2-D2 Nebula mini-projector from Anker that launched last week has already gotten its first discount--but it's still pretty expensive. The capsule projector usually sells for $700, but with promo code WSMAY4TH at Amazon, it's $80 off just in time for Star Wars Day. That means you only have today, May the 4th, to claim the discount. And while you're at it, check out more of the best Star Wars Day deals. 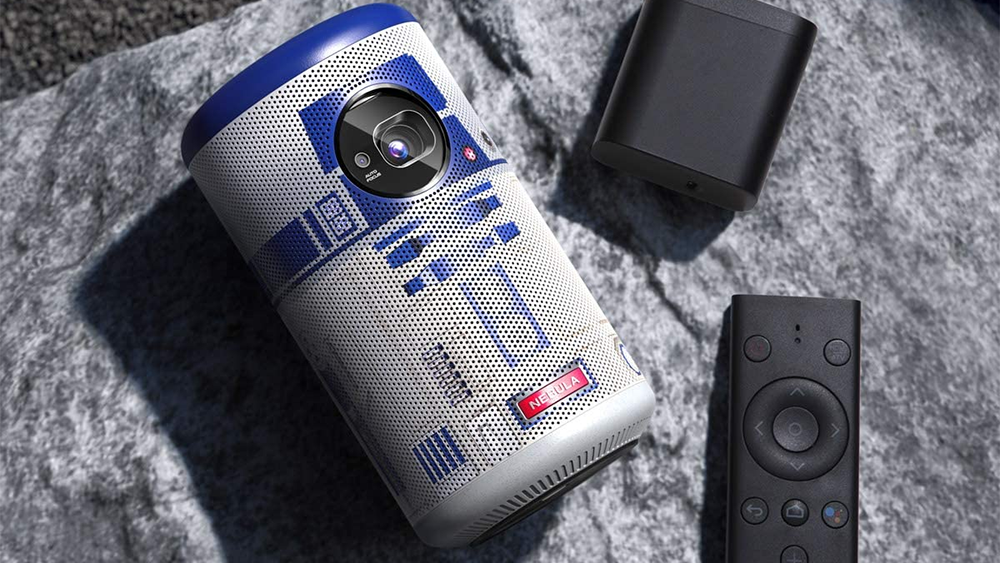 This Nebula capsule mini-projector has been given a special paint job to look like the classic plucky droid from the Star Wars series, and its startup sound is modeled after R2's sound effects in A New Hope. The portable projector outputs at 720p resolution and weighs just 26 ounces, with an estimated 2.5 hours of battery life. It has Android TV built-in, which means the interface will load up streaming services like YouTube out of the box. The projector can also double as a portable bluetooth speaker.

The standard Nebula projector sells for $580, so you're paying a premium for the Star Wars look and special sound effects. The projector has a user rating of 4.5 out of 5 stars with more than 600 reviews.

Star Wars Day is a fan holiday celebrating the classic sci-fi franchise, which has since been adopted by Disney itself as the spot to roll out new merch and announcements. This year the date marks the premiere of the new animated series The Bad Batch, along with tons of discounts.