R-Type Final 2 only released a few months ago, but the sequel will apparently be coming for free for existing owners later this year.

Developer Granzella is taking a very bizarre step with its shoot-'em-up revival game R-Type Final 2. Via a free update later this year, the game is getting turned into R-Type Final 3. Yes, the game is turning into its own sequel, in one form or another.

In a post on the game's Kickstarter page (it initially received crowdfunding before its release earlier this year) Granzella outlined a development roadmap for the rest of 2021. R-Type Final 2 will be getting more DLC stages and player ships in either June or early July, and over the course of the summer, there will be improvements to the PC version, more player ships, more data, and additional stages. But the real kicker is what is promised by the year's end: R-Type Final 3.

This will be a free upgrade for those who already own R-Type Final 2, and a video explaining the roadmap was shared on June 18. Unfortunately, it's only in Japanese right now, with English subtitles promised at a later time. Releasing the sequel to a game so quickly is pretty rare these days, and, at least to our knowledge, no other major game has become its own sequel through an update like this. We've reached out to publisher NIS America for more information on what R-Type Final 3 will actually be.

R-Type Final 2 was the legendary series' first new entry in over a decade, and in the West, the previous R-Type Final was the last new shooter. As the name suggested, it was intended to end the series, but nothing in gaming stays dead forever, and R-Type Final 2 continues the classic horizontal shooting action on PS4, Xbox One, Xbox Series X|S, Nintendo Switch, and PC. 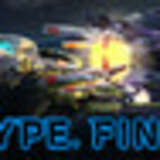