The Heavy Rain studio is expanding to North America and looking to grow.

Heavy Rain and Detroit: Become Human studio Quantic Dream has opened a new office in Montreal to complement its headquarters in Paris. Industry veteran Stéphane D'Astous--who previously worked at Eidos and Ubisoft--is the general manager of the new office.

The new Quantic Dream office is located in the Atwater Avenue district of Montreal. Employees are currently working from home due to the virus, but Quantic Dream said they will return "as soon as sanitary conditions allow it," the studio said in a blog post. The team will up 10% of the capital at the studio, as do the employees in the Paris studio.

Quantic Dream opened the office in one of the biggest video game development hubs of the world in part to help attract new talent. "The door of Quantic Dream is now wide open to talents based in Europe as well as in North America; no matter which side of the Atlantic you are on, you can now join us!" the company said.

David Cage and Guillaume de Fondaumiere will remain the bosses of the main Quantic Dream office in Paris.

Quantic Dream, which no longer is an exclusive parter for Sony and is now making multiplatform games, is currently working on an unannounced AAA game. Cage told IGN that he's excited to branch out and try new things with Quantic Dream's next game.

Quantic Dream was called out for a toxic workplace environment, but Cage told IGN that all allegations against the studio have been proven wrong by independent audits. For the new office in Montreal, Quantic Dream will have a special HR team to address "workplace issues that may arise are dealt with in a swift and professional manner." 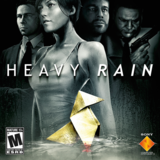