Going into QuakeCon, all eyes were on Orehkov coming off a championship run himself over Hendrixson at DreamHack's Winter 2012 event. He was making his first appearance at QuakeCon, and had never lost to Hendrixson before in LAN competition. After DreamHack, Orekhov was quoted as saying Hendrixson "plays very standard, dry game, without special aggressive moves or focus on specific weapon(s)" and that he was "very predictable" against the elite players.

Hendrixson has been coming off a rather unsuccessful competitive run in Ubisoft's Shootmania with SK Gaming. After the loss to Orehkov at DreamHack, Hendrixson said that his time spent playing Shootmania did affect his readiness for the finals. This weekend, he told GameSpot before the event that although Orekhov was the favorite, he was "not going to worry about how he's playing or anyone else," and would focus on his own play throughout the weekend.

Hendrixson tells GameSpot that's just what he did.

"Most definitely I knew that if he made the finals it was going to be one of the most difficult ones I've ever had to win and it sure proved to be that way," Hendrixson said. "I had to play at my best because his shape right now is just insane. The amount of damage he can output compared to other players is just on another level."

"I think I was able to overcome him this time because I myself was playing better. The LAN conditions felt amazing this year. Part of it also is I started to pickup on subtle things that I needed to be more aware of or could exploit in his game and it definitely helped out. Every game was still super tough regardless of my shape being at a very high level at this event."

Video of the Grand Finals between Hendrixson and Orehkov can be watched on QuakeCon's Twitch channel.

Hendrixson stopped Orehkov's unbeaten streak against him earlier in the tournament, earning him a one map lead going in the grand finals. Orehkov's victory over Evil Geniuses' Tim "DaHanG" Fogarty in the losers bracket earned him another shot at Hendrixson.

The advantage for Hendrixson in the finals was not only a one map lead, but also the removal of Orehkov's best map, the traditional Russian Quake favorite of Blood Run by ZTN. Orehkov wouldn't be deterred, winning the next two maps including an Overtime thriller to put him on tournament point. Back up against the wall, Hendrixson played to his strengths.

"I just kept my cool though and reminded myself 'hey you've been in this spot before,'" he said. "There's no reason to feel down or let pressure get to you. I can't do anything about the previous games anyway." Hendrixson was faced with Lost World, a map he had already lost to Orehkov twice during the weekend already.

Fans were treated to an incredibly tense scoreless stalemate for nearly eight minutes, with both players trading blows with the rocket launcher and lightning gun. Orehkov was close to breakthrough and the title by trapping Hendrixson by the megahealth when Hendrixson pulled out a perfect rocket to send Orehkov into the lava, and the first frag of the game. Hendrixson held onto a one-kill lead the final minute of the game against an aggressive Orehkov, barely squeaking out a win and his hopes alive.

"Of course when you're down to your do or die map you're a little worried. Especially since he had beaten me on Lost World twice during the tournament already," Hendrixson said about hanging on. "So I was just trying to solely focus on that one game to give myself a chance to hopefully win it all on toxicity."

"With such a long time on where I couldn't get a frag, I was just doing everything in my power to keep calm and just keep thinking as sharp as possible because I knew that once I finally found that one in I would need to execute to perfection. He somehow spawned near the lightning gun when it was 2-0 and then snuck up on me and gave him an in back into the game. The only positive thing about him getting that kill was that I dealt a ton of damage so it allowed me to get some items and weapons right away to defend and waste more time. And I managed to somehow pull it off."

Hendrixson would go on to take a convincing final map to end it.

Hendrixson has now won at QuakeCon three times, and has his name etched on a dozen major Quake 3 and Quake Live trophies from around the world. He's now tied in QuakeCon wins with his longtime rival Alexey "Cypher" Yashunevsky, and his inspiration to start competing in Quake when he was younger, John "ZeRo4" Hill. Hill was eliminated by Orehkov, while Yanushevsky was not able to attend due to sponsor issues.

"Winning a third title now does mean a lot to me considering that John is my friend, someone I looked up to as a player for a long time and was the one who helped give me the little push I needed to start being able to win," Hendrixson said. "So to have that same accomplishment as him is nice to have. As with Cypher almost every tourney we go to I want him to do very well also and we have a good friendly rivalry, neither of us gets bitter when losing to the other and now that I have three like him, the race is on to see who can get four."

Hendrixson's legacy continues to be cemented as not only one of the best Quake players to ever play any of the games in the series, but one of the winningest players in all of competitive gaming and eSports. After the last two years of QuakeCon, he has hinted that he may stop playing competitively.

That hasn't happened, and it doesn't seem like it will anytime soon.

"I think I'll just look at it like 'hey, if I have the time to go play in a big tournament and can prepare for it, I will,'" he says, as DreamHack's 2013 Winter event looms in the distance with $15,000 in prize money. “"So I won't say that I'll 'retire'. I’'m going to always leave the door open. I've accomplished quite a bit in Quake, and to me I don't really look at it like 'okay, I've finally won this now I'm good.' I've always tried to take it one tournament at a time and I'm always looking to win and do more and I think it'll always be that way. If you don't look at it that way it's so difficult to win against someone who really wants it more than you." 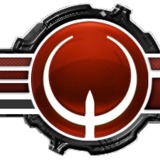