Why tap a hardcore franchise like Final Fantasy to make inroads into the mobile marketplace? Ito explains the Square strategy.

Then why is one of the biggest game publishers on the planet placing its bet when it comes to mobile games on a hardcore franchise from the console world that plays as a role-playing game?

We asked Kosei Ito, head of Square Enix's mobile game division, a bit about the company's approach to the marketplace. We caught up with the exec (who recently relocated back to Tokyo) one day after he presented Dirge of Cerberus: Lost Episode at the recent BREW 2006 Conference in San Diego.

GameSpot: First of all, we notice that Square Enix isn't the sole developer of the game. Why is that?

Kosei Ito: Dirge of Cerberus is a collaboration between the Square team that worked on Final Fantasy Before Crisis, based in Japan, and Ideaworks 3D in London.

GS: Why the split dev team?

KI: The Japan team has some great knowledge about Java, but when it comes to BREW, it's not quite up to speed. Ideaworks has a strong knowledge of BREW. Also, our team in Japan is great when it comes to working on 2D games, but Ideaworks is experienced working with 3D, especially on the technology front.

GS: Will there be different versions of the game based on territory?

KI: So far, we are planning to distribute the game only in North America. I created this title specifically for the North America market while I was here [based in Seattle].

GS: So it will never get a release in Japan?

KI: It may be released in Japan later on, but no plans have been made so far.

GS: Why rely on such a hardcore franchise when the data points to mobile gamers being more inclined to play casual games?

KI: That's exactly what I was told when I created Final Fantasy I for mobile handsets in Japan. I was told that mobile gamers in Japan were only playing Tetris, and that none would play an RPG on a phone.

GS: Why didn't you chase the bigger, casual game market?

KI: True. The causal game market is bigger--and we do create titles for the casual gamer--but let's say we are preparing for next and the following year. We want to be number one when more hardcore titles start to appear on mobile platforms.

GS: How about cross-platform gaming, one that includes gamers on cell phones and consoles?

KI: In my opinion, it requires much more time for cross-platform development. There are [so many] technical differences between the mobile and console platforms at this point. Also, a gamer usually picks the best title for the platform. Some titles play better on the PS2 and others play better on the Xbox 360. The mobile handset is still special as a device.

KI: Square Enix is a company that has always created new markets in terms of creative content and innovative technology--and we've done that every time a new console comes out. We are taking the same approach with this game and the mobile market.

GS: What's the long term plan for this game?

KI: After a few months in release as a single-player game, we will release a multiplayer version. However, it will not be able to connect with PS2, just mobile to mobile.

GS: Do you see the US following Japan in terms of the development of mobile games?

KI: The two countries are definitely different. In Japan, a wide range of high-end titles and causal games coexist in the market--unlike here, where a mobile game automatically means "casual game."

GS: Some say that this Fanal Fantasy-based game could be a tough sell in the US, due to its title--not recognizable to the mainstream--and the fact that it's not a casual game.

KI: It is not important to get recognition from the name, necessarily, but by the content. When gamers realize the quality in the content and enjoy it, then they will be able to connect the name of the game.

I'm not interested to market the game by using the Final Fantasy affiliation but by using the game's quality, graphics, gameplay, and so on. The console versions of Final Fantasy all attracted gamers by their graphics and gameplay. I'd like to use the same strategy for mobile.

GS: Why go with Amp'd as the carrier at launch?

KI: The image of Amp'd was what we were looking for: such as "cool" and "cutting edge."

GS: Do you find it easier or tougher to work with US carriers, compared to Japan?

KI: Tougher. The size of market for mobile games is too small.

GS: What lessons did you learn from your previous mobile release, Final Fantasy VII Snowboarding?

KI: In my view, it was pretty good work. But when it comes to entertainment, the expectation in the US is higher than in Japan. People here won't accept "good enough" content; it has to be "wow" content that they have never seen before.

GS: How do you think the game was received?

KI: It was just "good enough."

GS: Why did you relocate back to Japan?

KI: To produce the upcoming title Final Fantasy Agito XIII, a mobile game for both Japan and North America.

GS: Do you have a new set of responsibilities now?

KI: I am no longer part of the mobile division, but I am still working on mobile. Since Square Enix positions mobile the same as console, DS, and PC, mobile games are treated the same as any other platform.

GS: Why the change?

KI: The cost of development for mobile games has increased, and the sales can sometimes be as high as a console title.

GS: How are revenues from mobile tracking?

KI: The rate of growth is faster than for any other platform.

GS: Why do you think the US marketplace is so slow to embrace mobile games?

KI: Mobile games are still "killing time" entertainment, while you move from place to place. In North America, where cars are the main transportation, it is hard to build the market. Also, Japanese carriers have made a big commitment to sell not only games but also ring tones and wallpaper. Also, they did a very good job of educating consumers on how to enjoy new applications. I don't see the same commitment from carriers here. For instance, on TV [in Japan] carriers not only advertise handsets but also software, games.

GS: Can you educate carriers here?

KI: Of course, we tell them how we do business in Japan, but carriers here are still focused on selling handsets.

GS: Why not allocate money toward ad campaigns for your games?

GS: How much are mobile budgets these days?

KI: I can't tell you exactly, but it is not that different from a Game Boy Advance title, and it's climbing as high as what we invest in for a DS title.

GS: Can you beat EA Mobile in this market?

KI: I am not really trying to beat EA Mobile (laughs). But we will compete with them. EA has good titles, and the Jamdat catalog is strong in casual mobile titles, but we cannot just compete straight on with them.

GS: So where do you see the opportunity for Square Enix in the US mobile marketplace?

KI: No one knew Final Fantasy titles in the US until the original PlayStation came out--even though we already had six Final Fantasy games in Japan. We are trying to do the same in the mobile market, releasing innovative titles and creating our own market. 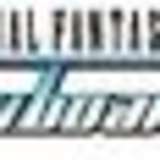