Sonic Team director Yoshihisa Hashimoto talks about the tech behind Sonic Unleashed, making the hedgehog a brawler as well as a speedster, and why he thinks this will be the best Sonic game since the Dreamcast era.

Sonic's had a patchy history in recent years, with some of the blue hedgehog’s recent efforts failing to impress fans. Developer Sonic Team is looking to trump all of the recent offerings with Sonic Unleashed, a new game that puts the focus back on speed, as well as introduces an action/fighting game element with the introduction of the Werehog, a new form Sonic takes during certain parts of the game. We spoke to Sonic Team director Yoshihisa Hashimoto about the new game engine they built for Unleashed, why they decided to add the Werehog, and how this game will stack up against the great Sonic games of the past.

GameSpot AU: From what we've seen of the game so far, the emphasis seems to be well and truly back on speed. What sort of things does your new engine--the Hedgehog Engine--do to facilitate that sense of speed?

Yoshihisa Hashimoto: The Hedgehog Engine we developed has excellent ability in expressing detailed light and shadow and data streaming, in addition to all the other features that usual game engines have. To accommodate Sonic’s super high speed, longer levels have more than 15km of distance, making it impossible to mount everything on memory. So in order not to go under Sonic’s speed, we are streaming terrain (geography) data in high speed. Also, a lot of effort has been put into developing shader and blur processes to give a sense of speed. Also, sound effects and other things are employed to emphasize the speed.

GS AU: What's the plot? We hear Dr. Eggman/Robotnik has sliced up the world somehow?

YH: Eggman has used the vast force of the chaos emeralds and shot out a chaos energy cannon right into the planet, thus waking up the gigantic ancient monster, Dark Gaia, from its eternal sleep. When Dark Gaia wakes up, the world is subsequently torn apart into seven pieces. Sonic, who was at the site when the chaos emerald energy was vacuumed up, experiences changes in his body. His hair grows, his fangs and claws come out, and he’s turned into a monster--the Werehog.

GS AU: What other characters can we expect to see from the Sonic universe? Will Sonic be the only playable character?

YH: This time we focused on Sonic gameplay; 99 percent of the action is played as Sonic the Hedgehog and Sonic the Werehog. In the story, Tails makes his appearance, and users can play a shooting game controlling his aircraft, the "Tornado."

GS AU: The game switches gears when it comes to night, with Sonic turning into a Werehog. We hear these sections become more like platform/fighting game. Why did you decide to switch up gameplay in this way? How much of the game will be at night?

YH: The percentage would vary according to your play styles and your tastes. But generally, about 60 percent will be daytime play and about 40 percent nighttime play. The Werehog sections are centered on fighting, platforming, and puzzle-solving play. That means its game nature is much different from Sonic the Hedgehog, and its format is rather like action games, which is popular among general users. One of our aims with the Werehog is to approach those who love action games but never played Sonic. This will be an easy introduction to deliver them with Sonic’s charm. And another is to provide original big fans of Sonic with fresh plays with the Werehog and to make them love him even more. We can do this big challenge because we have confidence in the contents of Sonic the Hedgehog’s adventure this time.

GS AU: Tell us more about the abilities Sonic will sport as a Werehog?

YH: He has stretch arms. And he is powerful. He fights by hitting enemies from long distances, holding, lifting and throwing them using his extendable arms. He can climb cliffs with his stretchy arms and shift from pole to pole in Tarzan-like manner. He can also destroy rock walls and doors that are blocking his way with powerful punches.

GS AU: Can you talk about online or multiplayer modes at all? What are you planning for both?

YH: We have no plans for online or multiplayer. However, in the future we may consider the possibility of additional maps via online if there is the demand.

GS AU: Sonic Team's back in the driving seat again for this one. Obviously, the team has a lot of experience in Sonic games. What sort of improvements can we expect? What little things have they tweaked to make the experience more fun?

YH: They have appeared in so many Sonic series products around the world, starting from Genesis. We have extracted and taken in all the good points from those games and integrated them with original ideas. So Sonic Unleashed is the grand sum of all the Sonic the Hedgehog games. I think we can offer the best Sonic the Hedgehog game since we made the first Sonic 3D game on Dreamcast.

As for the adjustments and twists we made on Sonic; first of all, we greatly increased Sonic’s speed itself compared with the past titles. I think it is a very easy-to-understand change, which highlights the Sonic concept more clearly. Thanks to this, difficulties with production dramatically increased, such as more challenging level designs, increasing amount in creating data, demand for higher data-streaming speed, and much harder behavioral controls. And in order to condense the good points of past Sonics dynamically and efficiently, we adopted game design that alternately mixes gameplay seamlessly: 3D and 2.5D points of view. This made it possible to contain both the dynamics and speed of 3D and the fast-changing acrobatic and precise actions of 2.5D without failing anything.

GS AU: Yoshihisa Hashimoto, thanks for your time. 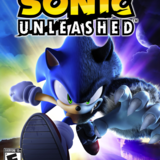