EALA's studio chief talks about the publisher's collaboration with the director and what the future holds for the game and film industries.

Today, yet another collaboration between the film and game industries was announced. This time around, it was news that director Steven Spielberg has inked a deal with Electronic Arts to supervise development of three original games.

The agreement marks Spielberg's second foray into games. In 1995, his then-nascent film studio, DreamWorks SKG, formed a games arm, DreamWorks Interactive. He himself provided the original concept for the studio's most successful game, 1999's Medal of Honor for the original PlayStation.

Ironically, the World War II shooter's subsequent success prompted Spielberg's exit from the game industry. In 2000, EA bought DreamWorks Interactive from him and his partners, David Geffen and Jeffrey Katzenberg, turning it into EALA. Ever since, though, the director has closely followed trends and developments in game industry. A self-professed avid gamer, he appears without fanfare at each year's E3, quietly touring the booths, his graying hair tucked underneath his trademark baseball cap.

Now, it seems, the director is jumping back into the game world with both feet. He will have an office inside EALA's studios, and will work very closely with seasoned developer Doug Church (Thief, Deus Ex), who is executive producing the first of Spielberg's games.

But why did Spielberg choose to make games now? Is it just a question of the power of the next-generation consoles? Or, coming on the heels of the Peter Jackson-Halo announcement, is it yet another sign of the film and game industries converging? GameSpot talked to EALA studio head Neil Young, who will be working closely with Spielberg, about the deal's origins, the games themselves, and the future of Hollywood and interactive entertainment.

GameSpot: Spielberg got out of the game-making business in 2000, when he sold DreamWorks Interactive to EA. Why does he want to get back into it now?

Neil Young: You know, he's a pretty passionate gamer, he loves the medium, and I think he's just pretty excited about where the technology is right now, what the next-generation platforms can do. He believes that the platforms are ready to deliver the type of entertainment experiences that he's always wanted to make.

GS: Other filmmakers, like John Woo, formed their own game-development companies. Why has Spielberg chosen to work with a major publisher like EA? Was it EA's history between you two guys with DreamWorks Interactive?

NY: I think that's part of it. We've had a long relationship, where we're in the same local community and spend a lot of time operating in some pretty similar circles. At the end of the day, I think he wanted to partner with the strongest developer out there.

GS: So how long has this been in the works for?

NY: We have been talking about it for the last, like, six to nine months. It's been a fairly lengthy process, and he's been spending some time directing his latest film.

GS: Were you guys trying to ask him to be involved, or did he come to you with an idea?

NY: No, we kind of came together organically. Steven's been a friend of EA for a long period of time. Every E3, we spend some time with him. He's on the board of the USC film school and we set up a chair there for a gamemaker's program in the cinema and television school. We just tend to operate in the same circles so this just sort of developed organically.

GS: Does EA plan on doing any kind of larger-scale deals with DreamWorks at all? Maybe a film-game crossover?

NY: This deal isn't with DreamWorks. This deal is with Steven himself, through Amblin [Entertainment, Spielberg's production company]. So that would be something completely different. But although EA owns the intellectual property here, Steven does retain the right to develop these things for television and film, and obviously we'll look at those things on a case-by-case basis.

GS: Are the games going to be totally EA-branded, or are they going to have any Amblin branding anywhere? Will the Spielberg name be in the title? How will his work with this game surface in the actual end product, from a branding perspective?

NY: Well, we haven't talked about the branding strategy, but you can imagine he's going to be very prominently featured, as will EA.

GS: How closely will Spielberg be involved in this project? On a day-to-day basis, what is his involvement going to be?

NY: The arrangement is pretty close. He's going to be collaborating with us in all aspects of the development. He has offices here, and we expect to spend time with him regularly. But it's not really about the number of hours that he puts in. It's really about kind of the quality of the interactions. I can tell you that the cadence so far has been pretty good and we're excited.

NY: I think there's a unique opportunity for us to be able to build the type of experiences that move the medium forward. And this doesn't preclude us from licensing film properties in any way, but that's just a different deal than this one. What this deal is really about is trying to together create a collaborative, new sort of intellectual property that really delivers on the promise of the medium. If you think about the question that EA was originally founded on, which is, "Can a computer game make you cry? Can it move you like a great piece of art, a great film?" We want to be able to, together with him, start delivering some experiences that begin to get you there.

GS: You announced three products today. Why three? Why not just one game right off the bat and see how it goes?

NY: That's a pretty good question. I think that we wanted to be able to build a really broad portfolio.

GS: Right. The implication being the game concepts are already finalized. Is that the case?

NY: One of them is, and two of them are not.

GS: Has development already begun one the one that has been finalized?

NY: Development has begun. Doug Church joined our studio and this is the project that he is going to be working on.

GS: Yeah, getting to that, I know he worked on the Thief and Deus EX series. Is the game in question going to be similar in any way, genre-wise, or are we in for something all-new?

NY: We're in for something entirely new.

GS: You mentioned that Spielberg was excited by the power of next-generation consoles. Can we presume that the first game is going to be a next-gen title?

NY: It'll certainly lead on next-gen, but I wouldn't preclude it being on other platforms. This is such an exciting time in our industry right now. We've just got such a great opportunity to deliver some really breakthrough experiences. What we're really interested in doing is not just delivering the same game experiences with new maps. We're interested in delivering new game experiences--not just the next generation of graphics, but the next generation of game design. When you have people like Steven Spielberg involved, you know, on the narrative side, and you have people like Doug Church involved on the design and technology side, I think you can start to create some pretty interesting things.

GS: Do you have a time frame as to when the first game going to come out?

NY: We haven't announced that, but this is something that we're building from the ground up. So it's going to take us a while to get it out.

GS: I know Spielberg's a big gamer, but he's first and foremost a filmmaker. How do you think his cinematic expertise, which is based on a passive experience, will translate into making games, which are an interactive experience?

NY: Well I think that each medium has its own narrative. And so, if you think about it, theater has a different narrative structure than film, which has a different narrative structure from games. We haven't yet decoded the narrative of our medium, in my opinion. There are certainly games like Eco and Half Life 2, to some degree, that have made some really interesting kind of strides in that direction, but there's so much more to do. If you mapped our industry to the film industry, we're sort of pre-Citizen Kane. We haven't figured out all the buttons to press and all the levers to pull. So decoding the narrative of the medium and delivering something that is a phenomenal game is the objective. And I think you do those things by collaborating with people who really deeply understand narratives.

GS: How do you see the relationship between EA and the film industry progressing over the next few years? I know [Conan the Barbarian director] John Milius wrote the script for Medal of Honor: European Assault, so are we going to see more collaborations between your company and established filmmakers?

NY: I think that you'll see more collaboration. But I think they'll happen at every level, whether it's writers that we work with, or filmmakers, or cinematographers, or in visual effect. There's such a convergence now between the skills that you need to build a great film and the skills that you need to be able to build a great game. What we're trying to do is deliver on the promise of what an EA studio in the entertainment capital of the world could do.

GS: I know there's been a long-standing rumor about EA wanting to get more involved in the film business. Are we going to see any movies based on EA properties popping up in the near future?

NY: Well, we haven't announced anything, but I wouldn't rule anything out.

GS: What's your take on the whole Halo movie deal? Would you like to see EA enter into something similar?

GS: Over the next five years, do you see the game industry and the film industry becoming more intertwined? Do you see, eventually, the line between games and film blurring?

NY: I do. I think that there's an incredible crossover between what you need to do to kind of conceptualize a game, and what you need to do to be able to conceptualize a film. Where they start to diverge is when you get into the things that make a game uniquely a game and the things that make a film uniquely a film. Then they diverge further as you kind of go into production, where there's obviously a big difference between the team of people that you need to put together to be able to build a game, and the team of people you need to put together to make a live-action film. But I think there's this great opportunity for us to kind of collaborate on developing universes and concepts together, and then sort of having everyone work on the things that they're best at doing. You know, at EA we try to be the best at making games, and we want to focus on doing that.

GS: So EA isn't planning any kind of initiative into the film industry in the near future at all? 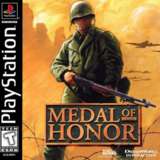