A new year means new management for Nokia's N-Gage team. The Games Business Program's former director, Illka Raiskinen, has moved to the upper echelon of management for Nokia's Multimedia group (which includes Games), leaving former Network Game Solutions group director Gerard Wiener as the hands-on helmsman of everything N-Gage as of January 2005. As a lifelong gamer and former COO of Sega.com, Wiener brings a lot of industry experience to the table. We caught up with Wiener to ask him about the N-Gage's prospects and strategy for the coming year.

GameSpot: Nokia recently released a new set of sales figures for the N-Gage. We're impressed by total sales for the N-Gage--1.4 million units--but we'd like to know how many of those decks were sold in the US. Also, what's your thinking on boosting sales in North America going forward?

Gerard Wiener: Unfortunately, Nokia simply doesn't break its sales numbers into regions, so we can't say how many N-Gages have been sold in the US. As far as marketing goes, it's a huge luxury to be part of Nokia, which has lots of resources and is really committed to gaming. In the future, the most important thing for me is precisely targeting our marketing dollars in the right places. We want to implement more campaigns that synchronize across multiple types of media, both online and offline. We're going to pay a lot more attention to the return on our marketing investments, and we're going to make absolutely sure that our products don't go out into market naked.

GS: Will those types of strategies include more viral marketing, along the lines of Snakes for the N-Gage, which is currently being distributed via free download? Do you foresee quality, downloadable content becoming a big part of the N-Gage's future?

GW: I think Snakes is a perfect illustration of what we have to focus on strategically. Snakes is unequivocally a mobile game; it fits gamers' expectations of what a mobile game is, and it's already quite popular. We'll absolutely be focusing on mobile-specific content in 2005 and 2006. These games don't necessarily need a cutting-edge presentation to be successful--we can make use of the N-Gage's multiplayer abilities and viral distribution to do things no other console can. For instance, N-Gage Arena is heading toward 250,000 users; we expect that games like Snakes will be the ties that bind the N-Gage community. At the same time, we're not ruling out cross-platform titles and third-party IP, but we need to make sure that there are differentiating mobile factors. Basically, there needs to be a hook for the N-Gage, otherwise it doesn't make sense as a value proposition. We'll just be setting ourselves up for a difficult time.

GS: Nokia keeps saying that it's in the video games business for the long haul, but the rumor mill has been working overtime recently, predicting the N-Gage's demise. Exactly how long will that be if the company keeps losing money on the N-Gage? Not to put too fine a point on it, but when do you think the N-Gage is going to turn a profit?

GW: Let me put it this way: I wouldn't have taken this position if I thought the N-Gage was on the way out! People need to keep in mind that the games business is just a small part of Nokia's overall Multimedia program right now. Pretty much everyone agrees that mobile is the place to be--as of 2004, there are 643 million units of mobile hardware worldwide. Plus, Nokia's market share in handsets has been gaining over the last two quarters, so Nokia can afford to take some strategic risks. The company is definitely committed to their multimedia businesses, because converged devices are now a reality. It's best to look at the games side as a critical part of Nokia's multimedia strategy, because if you want to do anything in media right now, you must be committed to games. I think Nokia implicitly understands this. Basically, the answer is that the N-Gage will be here for as long as it takes. I remember the sickening feeling I got during the Dreamcast era when I was at Sega, and this situation isn't the same. Every time we get hit, we learn more, and it just makes us stronger.

GS: It's good to hear that Nokia's holding fast, but do you feel as though you now have the right people in place to make great video games?

GW: I feel like we're getting the right people. Of course, the team doesn't have 100 percent of what it wants in terms of resources or personnel, and there have been people that I'm still trying to recruit from the console side. The bottom line, though, is that Nokia is a great company to work for. We try to make people happy and motivated. Think about the Pathway to Glory team--we spent 12 to 18 months putting this game together, and we now know that consumers like it, and that we've built something nobody has done before. That's a great feeling.

GS: One last question: Will there be any big announcements from Nokia during this year's E3?

GW: We're definitely going to have a strong presence at both GDC and E3, and I can guarantee you that there will be some notable developments on the mobile gaming front.

GS: Thanks and good luck. 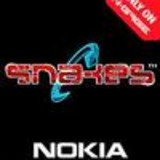