Camelot developer reflects on what it takes to tough out a MMORPG launch--and why the mighty sometimes fall.

In its nine-year history, Mythic Entertainment has developed over a dozen online games. None have brought it as much notoriety as Dark Age of Camelot, the best-selling massively multiplayer online role-playing game, which currently has 250,000 active subscribers.

But while Mythic is enjoying success, clouds are forming on the horizon of the MMORPG genre. Yesterday, Microsoft Game Studios canceled Mythica, an MMORPG set in a similar fantastical epoch as Dark Age of Camelot. (In fact, Mythic sued MGS over Mythica's too-close-for-comfort title.) Microsoft spokesmen cited the crowded MMORPG space as the major factor in Mythica's cancellation--a space that will become significantly more crowded when EverQuest II, Lineage II, and World of Warcraft are released later this year.

So what does it take to compete in the MMORPG market? And why might a company decide to abandon a high-profile game (like Mythica, for example) after a substantial time in development? To find out, GameSpot spoke with Mythic Entertainment cofounder Mark Jacobs shortly after the MGS announcement.

GameSpot: What are the challenges that face MMORPG developers and publishers?

Mark Jacobs: The same as any stand-alone publisher but with its own unique twists. The first challenge is delivering a product that is technically solid (no game is ever perfect). I believe that the MMORPG community is less tolerant of products that launch badly than they were in the past due to a maturing of the market and the gamer. The second challenge is to deliver a stable product that is also a fun game. As the last 25 years of computer game development has shown us, that's not as easy as it sounds. The third challenge is to deliver a fun and stable game that has solid long-term conversion and retention of players. Unlike stand-alone games, we can't count just on box sales to repay the development cost of these games. And with the average budget of an MMORPG game increasing dramatically over the last few years, the game better have a high C&R [conversion and retention] percentage, or it will be considered a failure.

GS: Everyone's entitled to an opinion. What's your opinion on the impact in the MMO sector World of Warcraft will make? Is it a category killer? Is anyone shaking in their boots over its upcoming release?

MJ: I don't believe any game in the MMO space is ever a category killer. One advantage of being a long-time online developer (in other words, the old guy) is that I've seen a lot of products come and go and a lot of games that some people believed would "kill" another product. Heck, Dark Age of Camelot was supposed to be dead last year due to all the games that were coming out, and yet we're still here and doing as well as ever. On the other hand, WOW (World of Warcraft) has the potential to be the biggest fantasy game of the year and maybe the biggest ever. The Blizzard guys are among the top developers in the industry, and I expect them to release a kick-butt product. What I believe will happen if they do is that the online segment of our industry will see a large influx of gamers who wouldn't have played an MMORPG until now. In terms of shaking, nah, we're too busy working on our DAoC (Dark Age of Camelot) and Imperator to shake. The last thing that I can worry about is a game that is not yet released. Besides, I'm looking forward to trying WOW when it is released. I haven't said that about many games.

GS: What kind of company would have something to fear from WOW's presence in the space?

MJ: Any company whose new game would go head-to-head with WOW and wasn't able to bring out a game that would be able to withstand the comparison between WOW and its game. However, games that can bring their own unique angle (or license) have a lot less to worry about.

MJ: Well, given that what has been going on between Microsoft and Mythic, I doubt that they would be interested in working with us. There are some wonderful reasons to do a console RPG, but in the end, we'll probably stick to PC games. I think the right RPG could do incredibly well on the consoles (and I have some ideas on what the game would need to be like, of course), but I doubt you'll see us in that space anytime soon.

GS: What upcoming games do you keep on your radar?

MJ: All upcoming MMORPGs that I can find a link to. While you need to be careful of overestimating the competition, it is equally bad to underestimate it. That's what every publisher in the industry did with us.

GS: What are the criteria that Mythic uses to determine the viability of an in-development Mythic-created game?

MJ: Will the game be something unique and compelling? Will it be fun in two years (our typical development cycle for an MMORPG)? Will the competitive landscape in two years allow this game to succeed? Can we do it without breaking the bank?

GS: I've read that the legal complaint you brought against Microsoft regarding the use of the word "Mythica" is now moot. True?

MJ: Not at all. It will only become moot when all the appropriate decisions are made by both sides. While Microsoft has announced that it has canceled the product, I also read an interview where they state that they haven't decided what to do with the Mythica IP. To me that seems as if they are leaving the door open a bit--not closing it forever. We were as surprised at Microsoft's decision as everybody else was. We heard the word the same time everybody else did as well, so we really don't know exactly what is going on out there.

GS: In a "hugely crowded and competitive space," as one game executive recently put it when describing the MMORPG space, what does it take to successfully develop a viable game?

MJ: Keep the budget down (less than $8 million), keep the cycle short (two years), and deliver a stable and fun game. If you can do that, you have a pretty good shot at not losing your shirt.

GS: I hear the Mythic dev teams don't shy away from long hours and the occasional working on weekends. What's the corporate culture like at Mythic? How would you describe the work ethic among Mythic staff? And what does it tell you about a company when you hear it's throwing in the towel on a previously highly touted game?

MJ: Well, we're proud of our lack of team churn at Mythic (only four developers have left in 8 years). We work hard, but we don't believe in long crunch times, nor do we burn people out. Our corporate culture is quite simple. Come in, work normal hours, and then go home. We don't have pool tables, ping-pong tables, bars, executive suites, and lavishly built-out offices. The founders of the company don't even have the largest or most tricked-out offices. We don't believe in that. We want people to share in the vision and the success of Mythic. And to date, we've accomplished that. In terms of the basic work ethic, I'm unbelievably proud of the guys and gals at Mythic.

In terms of companies throwing in the towel, well, I never like to hear when a group of people lose their jobs in this industry--especially when they were working hard on a project when the game is shut down. I'm "old-school" in that I believe that there is plenty of room for lots of new games in this market, and [I believe that] competition is a good thing. 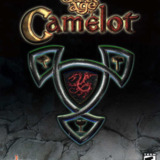