This week, PC gamers got a surprise treat when 2K Games made a surprise announcement it would release Civilization IV: Colonization this fall. The unexpected news pleased fans of the 1995 original, which put players in charge of a European power vying for control of the Americas during the colonial era. It also assuaged some fears that game designer Sid Meier, the mind behind Civilization and Colonization, had not forsaken the PC platform for the current crop of consoles.

The reason behind many PC gamers' trepidation can be summed up in two words: Civilization Revolution. Having already gone gold for the Xbox 360, PlayStation 3, and Nintendo DS, the game will bring Meier's celebrated "god game" turn-based strategy to consoles the first time since Civilization II shipped for the original PlayStation in 1998.

However, the game has raised eyebrows among the keyboard-and-mouse set ever since Meier began touting it as being designed from the ground up for use with a console controller. Civ Rev will also allegedly have a much shorter playing time than its home-computer-based counterparts, which boasted gameplay so lengthy and addicting that it prompted the creation of tongue-in-cheek support group Civilization Anonymous. (The organization's Web site is now a viral marketing tool for the game.)

GS: So, Colonization... Hardly anyone saw that coming. What inspired you to take that on next?

SM: We've received lots of fan requests over the years to bring back Colonization. It's actually one of our most requested games. The opportunity to build a new Colonization using the Civilization IV engine was really exciting, so we decided now was the right time to make the game.

GS: Why did you decided to release Colonization as a stand-alone game, not a Civ IV expansion?

SM: Colonization is in the Civ IV family of games because it's a total conversion of the Civ IV engine and we wanted Civ IV fans to know that this is a game they'd really enjoy. Civ expansions have always required the core game in order to be able to play them, and they have always included significant improvements and additions to the core game. The dev team felt that Beyond the Sword (the second expansion pack for Civ IV) delivered so many improvements and additions to the core game that we had arrived at the ultimate Civ IV experience.

We decided to focus all of our efforts on creating a new Colonization experience that would build on the Civ IV engine and deliver the addictive "just-one-more-turn" gameplay our fans enjoy. We made it a stand-alone game because there are no core game additions to Civ IV included and it doesn't rely on any Civ IV game assets, so there was no reason to require the core game to play.

GS: What improvements over Civ IV are you introducing in the game?

SM: The biggest upgrades are the major enhancements to the interface and the graphics. We're completely redesigning the in-game interfaces from the city screen to the main screen, which will result in a completely new look and improved functionality. We've also increased game performance by removing some code from the Civ IV engine that wasn't being used, since Colonization is a very different game than Civilization. Colonization delivers completely new graphics, along with enhanced water, new unit shadows, updated terrain and city buildings, and a higher resolution on all assets to give them a more crisp and defined look. In fact, we're making so many enhancements to the graphics that the game will require video cards that support Shader 1.1.

GS: Are there any plans to continue the Colonization franchise after this release?

GS: So how did you find out that you were going to be in the Book of World Records?

SM: I found out when I read it in the news! It's really cool--never dreamed I'd be in the Guinness Book of World Records!

SM: I have no idea. The awards all mean a lot to me, but I've never sat down to add them up.

GS: Have you ever turned an honor down?

SM: There have been a few times when folks have offered me an award under the condition that I come to a trade show or event to accept it. When I'm in the thick of a development cycle it's not always possible to leave for a few days to go to an awards show. I'm still honored that they wanted to give me the award, but understand if they renege because I can't be there to accept it.

GS: Since games are a collaborative effort, do you think it's unfair that a single person to be recognized for a product many have contributed to?

SM: Making a game is certainly a team effort and I feel strongly that any award I receive is something to be shared with the great teams I've worked with over the years. As the designer of the game I guess I'm designated as the point person and selected as the person to accept the award.

GS: Now when Civilization Revolution was announced, many PC gamers called it borderline heresy to create a "console-optimized" Civ game. How do you respond to accusations that this is "dumbed-down Civ?"

SM: It's not a "dumbed-down" Civ. I say that as the designer and lead programmer knowing that our goal was to bring the full experience of Civ to consoles and feeling very confident that we've done that successfully. I also say that with confidence based on the feedback we've received from longtime Civ PC fans who've spent time playing Civ Revolution and declared that it's really fun, addictive, and not at all dumbed down.

GS: How does the console-optimized version of Civilization Revolution differ from the PC versions?

SM: The term "console-optimized" doesn't really do this game justice. We started from scratch with Civilization Revolution and built the game from the ground up for the Xbox 360, PS3, and DS. It gave us a great opportunity to take all of the elements that have made Civ on the PC so successful and build that experience specifically for the consoles and DS, taking advantage of the many cool things those platforms offer.

Anyone familiar with Civ on the PC will immediately feel at home with Civ Revolution. The core game is the same on all three platforms--we adjusted the presentation and controls to fit each machine. So, the main differences between Civ PC and Civ Revolution lie in the presentation (the graphics are up-close, highly detailed and fully animated on the consoles, and custom made for the DS) and the controls (we found that the commands are a natural fit on the console controllers and DS gamepad and stylus).

GS: What was the biggest change in gameplay you made to adapt this game to consoles?

SM: The biggest gameplay change is speed. Civ PC games can take multiple hours to complete, but games of Civilization Revolution will be finished in a few hours or less. You'll still experience all of the goodness that is Civ and the whole sweep of time from the Stone Age to the Space Age, but you can complete a game in an evening--and then have time to play again!

We feel very confident that Civ Revolution is the answer to strategy on consoles and think the design approach we've taken with the game will deliver a compelling new experience to console and DS players that they'll really enjoy.

We've also built the most competitive multiplayer experience ever delivered in a Civ game, lots of extra content that will be available on XBL and PSN after the game ships, and we're offering the "Game of the Week" in which we'll provide a new game each week for people to play and then post their best scores online so we can declare "The World's Best Civ Player"!

GS: What was the biggest challenge in brining a keyboard-centric game to consoles?

SM: Actually, we discovered that mapping the game commands to a controller was easier than we anticipated. Since Civilization is a turn-based game we didn't have to sacrifice any of the depth--the game will wait for you to make your decisions, so we can still offer lots of interesting choices to players on every turn. As always, the depth comes from the way all of the individual decisions add up to create something epic.

GS: Will the PS3 version feature keyboard support? If not, why not, since the console supports USB keyboard input?

SM: I suppose it will, but to tell you the truth, I haven't tried that. We feel that the best experience for players will come from using the native controllers for each platform--that's how we designed the game to be played.

GS: How will the PS3 and 360 versions differ from the DS version?

SM: All three versions of Civ Revolution have the same core gameplay. The differences lie in the controls and graphics (the graphics are 2D on the DS to fit the platform specs).

GS: Does the DS have enough power to bring the full civilization experience, complete with technology trees, military conflict, and infrastructure construction? How much more limited will it be compared to the console editions?

SM: The DS version of Civ Revolution is the same game as the console versions, with 2D graphics. The only thing we couldn't include on the DS is the in-game Civilopedia, due to space limitations. We've heard from some Civ PC fans that a mobile version of Civ is a dream come true--and could possibly ruin their lives.

GS: How is the game coming along?

SM: We're finished with development and waiting for the game to hit the store shelves.

GS: So what is the status of the Wii version of Civilization Revolution?

SM: We're still in the process of making decisions on that and will keep you posted.

GS: Have you decided on your next project after Civ Rev?

GS: I think the biggest question people have is whether or not you will return to the PC Civilization games after Civ Rev. Will you?

SM: We intend to continue to develop games for the PC as well as consoles and handhelds. We want our games played on whatever platforms will deliver a fun experience for players--and the PC is definitely one of those platforms. 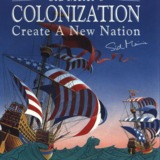