Gamers who picked up EA's newly released shooter Battlefield 2142 might have noticed an ominous disclaimer in the package.

The disclaimer notes that the game may include software that records users' IP addresses and "other anonymous information" collectively referred to as "advertising data." It also says that information is sent off to advertising firm IGA Worldwide for the purpose of delivering in-game ads, and if users don't want IGA to have access to that data, their only recourse is to not play or even install the game on a computer with Internet access.

Reports that EA was forcing spyware on consumers quickly began to spring up online, prompting GameSpot to go to IGA Worldwide with a few questions. The company's CEO, Justin Townsend, spelled out what the company was looking at and why.

GameSpot: Are the disclaimers like the one in the Battlefield 2142 package common to all the games you provide ads for?

Justin Townsend: It tends to vary by publisher. It's not something that IGA Worldwide does. It's the obligation of the publishers themselves to decide what they want to disclaim and in what manner they want to present it. Different publishers tend to have different ways of doing this; some take it more seriously than others. You'd have to speak to EA about their policy, but ultimately EA felt the need to communicate to consumers that, "This is a part of what we do and we need to collect certain non-private data that can be used to help us serve the appropriate ads to the appropriate countries."

GS: The term "advertising data" in the disclaimer is fairly vague other than to emphasize that it is anonymous. Can you tell us specifically what the advertising data consists of?

JT: Absolutely, more than happy to. The first thing that we do is we need an IP address. What that IP address allows us to do is serve the relevant advertising to the relevant person. There are different versions of [advertising content] for different markets. By getting the IP address, we know that we have to give the French ads to the French, and the US ads to the US, and the German ads to the German population. That IP is then discarded. We don't keep it. We use it purely to make sure we're sending the ads to the correct location.

GS: And any other advertising data?

JT: It's not what you would call advertising data in the traditional sense of advertising data. The only other data that we really collect is what we need to report back to the brand to serve the campaign. It's never, ever user-specific. It's very generic. We report that we served so many ad impressions that were exposed for a certain duration of time at a certain angle and a certain size onscreen. But that's not specific to any unique player.

GS: It's been reported that the IGA technology monitors surfing habits and other computing habits. Is that true?

JT: Completely untrue. In advertising, it's important to understand that there are two key forms of advertising. One of them is called above-the-line advertising. In mediums such as television or radio or print, what you're looking to do is communicate the brand values to the consumer in the hope that the next time they go shopping and make a purchasing decision, they will think of your brand.

What we do is above-the-line advertising. We're looking to transport the image and the values for the brands we're doing the advertising campaign for. It's not user-specific. We're not looking to get into transactions or dialogues with any individual consumer. It's purely to communicate the brand values to a mass consumer audience. It's not a dialogue or a transaction medium here. Therefore, we don't even need that kind of data, nor do we want that kind of data.

GS: We've heard other firms say the holy grail of in game advertising is one day being able to see ads in a game and then click on them, and that will take you to the transaction or dialog that you were describing. Is IGA not interested in that, or is it something you just aren't working on right now?

JT: Number one, it's not something we're interested in. We don't want to do anything that will disrupt the gamer's experience. [Publishers] spend millions of dollars on creating this intellectual property so that gamers can have an enjoyable experience and not be taken out of that experience. Secondly, I don't believe that the concept of clicking on a billboard and going to a Web site will work. That turns in-game advertising to a transaction-and-dialogue medium, and not an image-transfer medium.

Now there may be at some point in the future--if publishers work with the communities well to make gaming Web sites--the ability to come up with more tailored advertising. But that's not something we're looking at or even considering.

GS: How does IGA plan to address the concerns of gamers weary of in-game advertising?

JT: Let me put it from this perspective. I'm a gamer; I'm not from the CEO set in an ivory tower somewhere. I've played the Battlefield series since the Vietnam version and I play a lot. I've also built up gaming networks and clans before as well, so I'm very in touch with the gaming community and their thoughts. Yes, there's always going to be a subset of hardcore gamers that are generally very vocal, but in the minority. What you will find is these people often tend to be champions of the games within their own communities, and therefore they generate the followings. Yes, we take seriously what they say and how they feel, but often they are--how can I put it?--making uninformed statements and drawing uninformed conclusions, certainly around in-game advertising.

The point I'm trying to make really is that what these gamers all want every year is lots and lots of brilliant gaming titles coming out. They want high quality and great game design. Now, a triple-A title for a previous-generation platform could cost up to $10 million to produce, and it would retail for between $50 or $60.

With the next-generation platforms--the PlayStation 3 and the Xbox 360--those development costs for triple-A games are going to go up threefold, potentially up to $30 million in development costs per game. And what I don't see happening is a threefold increase in retail prices to accommodate that. That would not be fair; that would not be realistic. If gamers are to expect a constant flow of high-quality, next-generation games to the marketplace, they have to understand that publishers need to find and develop new revenue streams. In-game advertising is one of those new revenue streams, therefore it's only good for the industry on the whole.

At the end of the day, people buy magazines and they're jam-packed full of advertising. People get on the subway, they pay for a subway ticket, and it's full of advertising. There are many, many scenarios where you can say, "I bought something, yet there's still advertising in it." What I'd like to do is inform gamers--be they light gamers or heavy gamers--and we are putting together some thoughts around how we'd like to do that.

GS: Do you have any update on IGA's efforts to move into consoles--PlayStation 3, Xbox 360, or Wii--in the future?

JT: Certainly. We're in heavy dialogue with both Sony and Microsoft, and we anticipate that we'll be making some announcements around that at some point next year.

GS: Thank you very much for the time. We appreciate it. 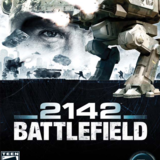