GS AU chats to Auran CEO Tony Hilliam to find out the real story behind this year's collapse of one of Australia's most ambitious game projects.

The closure of one of one of Australia's biggest game development studios, Auran, in December last year sent shock waves throughout the industry. Since that time there has been much speculation about what pushed the Brisbane-based studio to go into voluntary administration and lay off all of its employees and what caused its original IP massively multiplayer online game, Fury, to fail just 10 months after its release. GameSpot AU talks to Auran CEO Tony Hilliam.

GameSpot Australia: Fury was an example of an Australian studio developing its own original IP. What is the story behind the development of Fury? What were you trying to achieve?

Tony Hilliam: It's a long story. In a nutshell, we tried to create a product that would be "best in class" in an area that no one else had succeeded--the perfect player-versus-player game. We knew we couldn't compete directly with World of Warcraft so our goal was to have a single focus and become number one in that area. We got close and we learnt a lot; at least we did get to market, which is more than can be said for many attempts at making an MMO.

GS AU: Why do you think Fury failed?

TH: There was definitely a combination of factors: budget, business model, design flaws, competitive market, the World of Warcraft factor, pressures to release before we were ready, and even the psyche of the player base we were targeting. That's quite a list. Players hate losing, and ultimately Fury didn't have 200 hours of safe haven PvE environments where players could become comfortable with their character. The result was they came and they got beaten up, without really knowing why, and blamed the game for this (which is easier than blaming their lack of experience).

Ultimately, without $25 million in marketing, we were always going to need a groundswell of positive player feedback to succeed. Sadly, the "Fury sucks" snowball gained more momentum than the "Fury rocks" snowball. Look at Hellgate London--even with EA behind them they had a similar problem with a rocky release. So we were definitely not alone in finding it tough to break into the online market.

GS AU: Do you think that with more financial support from the Australian Federal Government that Auran could have succeeded with Fury?

TH: Money was a big problem. Look at Warhammer--they delayed a year and even with a team of well over 100 their "delay budget" was bigger than our total budget. Ultimately we released the game before it was polished enough to stand up in today's competitive environment. Whether it was the job of the government to support us or not, that I can't be sure. Certainly they did alright with the millions of dollars of taxes we paid over the years of development. A HECS scheme [similar to that of university students] would be good, where we could pay the income tax back out of our revenues--now that I'd love to see.

GS AU: Why was Auran forced to shut down?

TH: Just to be clear, only Auran Developments, the company that employed the staff, has shut down. Auran Games, the owner of the Fury IP and our long running Trainz franchise, is still operating. Auran Developments shut down because we couldn't get additional funds from our shareholders to pay the staff. Things happened very quickly in the end because it became clear that Fury revenues were only a fraction of the anticipated revenues.

GS AU: What lessons do you think the Australian industry can learn from this example?

TH: The biggest lesson I learnt from this is don't bite off more than you can chew, and don't start something you can't finish. For the industry as a whole, the lesson is that unless you have the budget, the skills, the marketing dollars, and a gap in the market to aim at, then don't try and take on the big boys. Find your niche or stick to work for hire.

GS AU: What did you personally do after Auran shut down, and what are you doing now?

TH: I actually spent the first few months trying hard not to have a total mental breakdown. It was a very hard blow to see years of effort turn to dust, but over time I realised that we had done all we could to make it work. Now I'm still running Auran Games and getting Trainz ready for market.

GS AU: In your opinion, should Australian developers be aiming to develop original IP or should they stick to making games for other people? Why or why not?

TH: Personally I'm an entrepreneur and can't stand the thought of working for someone else and making them rich, so I'm probably not the best person to answer that question. However, we've done some work for hire and whilst there are profits to be made from individual projects, the problem is that everyone works on their own IP in the downtime between projects, thereby spending their profits on a title that probably is going to end up underfunded and without the market presence of a major first-party title.

GS AU: What do you think of the state of the current development industry here in Australia, and where do you see it headed?

TH: To be honest, all I really know is my little piece of the pie. We have our next major Trainz release coming out shortly and I hear from all our distributors around the world that retail PC sales are in steep decline. Piracy and consoles are the main threats to PC sales, and online (ordering a box or digital download) are also threatening the retail PC market. We know that the day our last Trainz product hit the torrent sites we had a tenfold increase in visitors to our Web site. That translated into no discernible increase in online sales. Piracy of games really gets to me--most of these guys wouldn't steal a DVD from a shop but they're happy to download the game. It's just too easy to do it and there are no consequences for doing it, but ultimately it is putting people out of work.

The good news with digital downloads is that developers can now become publishers and avoid the middleman. For a $50 title, you get $50 revenue from your own online store versus a A$5-A$10 piece of the pie from retail. You don't have to sell as many copies to make the same amount of money.

GS AU: Would the Australian development industry welcome help from the federal government? Do you think the industry can reach its full potential without this help?

TH: The industry needs money, there's no doubt about that. Whether it comes from government directly or indirectly by encouraging investment in the industry, it is definitely needed for the industry to survive. I should also add that the federal government did support Auran by paying the outstanding staff entitlements when Auran developments shut down. However, if we had that same money six months earlier, and delayed our release date of Fury by three months, perhaps we could have ended up with a whole different outcome. 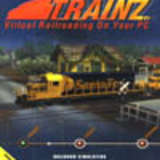