A more violent version of the trailer shown during The Game Awards has surfaced.

The Callisto Protocol was announced at The Game Awards earlier this month, giving us an intriguing first look at this new horror title that is, curiously, set within the same game universe as PlayerUnknown's Battlegrounds. The trailer we saw during the show was toned down, though--and now a far more violent Red Band version has been released.

The trailer starts similarly, and is still giving us major Dead Space vibes--which makes sense, since developer Striking Distance was founded by the game's co-creator, Glen Schofield. However, while the initial trailer cut away from the monster attack, this one doesn't.

This extended trailer shows the character we were introduced to during The Game Awards getting brutalized, and it's not pretty. If you're not good with eye stuff (as many people aren't), you might want to skip this trailer.

The trailer also has a new ending, proving the character's fate definitively.

The Callisto Protocol will release on PC, PS5, and Xbox Series X/S in 2022. We haven't seen gameplay footage yet, so it's not entirely clear what kind of game it will be just yet. 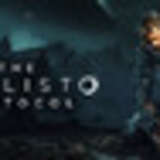