When the PSP was first unveiled at E3 2004, Sony showed prototypes of the handheld in three colors: matte black, flat white, and custard yellow. However, when the PSP finally went on sale on March 24, it only came in a black that roughly matched the Playstation 2.

However, that will soon change...in Japan, anyway. Today at its PlayStation event in Japan, Sony announced it will release a "ceramic white" PSP (pictured) on Thursday, September 15, 2005. The unit will be sold as part of a "Value Pack" at a suggested retail price of 26,040 yen ($235.87), including tax. Similar to the $249 black PSP Value Pack sold in the US, the ceramic white PSP will come in a bundle that includes the unit, an AC adapter, a battery pack, a 32MB Memory Stick Duo, headphones, a remote control, a pouch, and a hand strap.

As with other nonblack versions of the PlayStation 2, the ceramic white PSP will not be available in the US. Currently, Japan is the only territory the device is scheduled to go on sale in, as neither a European nor a North American release date for the console was announced. In the past, though, Europe has seen various alternate-color releases of the PlayStation 2, meaning a release there is more likely (from a historical perspective, anyway).

Sony also hinted that, like Nintendo's Game Boy Advance and DS, the PSP will soon come in a range of new hues in Japan. "To provide more fun as a personal system, SCEJ will introduce various new colors for PSP and its accessories," read a release from the company, which referred to the ceramic white PSP as only the "first" alternate-colored PSP.

Of more importance to Yankee and Canuck PSP owners is Sony's announcement that it's releasing a firmware update for the unit that includes an Internet browser. "System software for PSP will also be updated to version 2.00 on July 27th on the SCEI official Web site," revealed Sony in a statement. "With this update, the various additional features such as installation of the internet browser which allows users to have the internet access available to make PSP a more attractive entertainment system."

Previously, PSP owners who wanted to view the Internet on their PSPs had to download a hack that exploited the Web-browser subfunction of the popular game WipeOut Pure. However, since this was technically illegal and required some technical expertise, it was not pervasive among the handheld's consumer base.

No date for a US version of the Web browser was announced, although tradtionally, all Japanese firmware updates have also been released in North America in English. 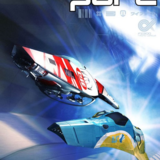