The new Xbox Series X game from Bandai Namco, Scarlet Nexus makes you a psycho-kinetic warrior in a futuristic city.

Bandai Namco showed off its Xbox Series X game during Microsoft's Inside Xbox stream. It's called Scarlet Nexus, and it was one of several games shown running on Xbox Series X during the presentation.

Scarlet Nexus puts you in the role of Yuito Sumeragi, a psycho-kinetic trainee hoping to become an elite warrior. Inspired by one such elite who saved him as a child, he gets caught up in a mystery in the future-city of New Himuka.

The trailer alludes to enemies who have arrived in New Himuka that initially seem unstoppable. These creatures--amalgamations of monsters and bright floral arrangements--are only challenged by Sumeragi and the OSF, a team of similarly psycho-kinetic fighters. The gameplay looks heavily inspired by the likes of Devil May Cry or numerous Platinum Games titles, with fast and frenetic action. Your psycho-kinetic powers allow you to lift enemies, fling them around combat arenas, and more. The enemies' design bear some resemblance to the creatures seen in the film Annihilation, with nature seemingly taking over for intelligent life.

Though this presentation was focused squarely on the next-generation Xbox Series X, Scarlet Nexus was also one of several announced as a Smart Delivery game. That means buying the Xbox One version will entitle you to a free upgrade to the Series X version when you buy the system. 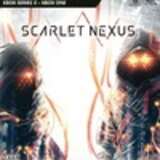