It's May 16, which means more free games are now available on Xbox One and Xbox 360 as part of the Games With Gold program.

Gamers with an Xbox Live Gold subscription can now pick up Costume Quest 2 (Xbox One) and Peggle (Xbox One/Xbox 360). These games replaced Sunset Overdrive and Grid 2, which were free until May 15.

Defense Grid 2 (Xbox One) remains free until the end of the month.

You can see the full Games With Gold lineup for May 2016 below. Click any link to start your download from Xbox.com.

June 2016's free games have not been announced yet. 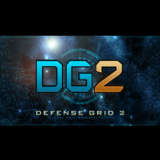