PSA: Last Chance to Get These Free Xbox One/360 Games

Two freebies getting replaced by another pair of games on Saturday.

Today is the final day for Xbox Live Gold members to grab a pair of free Games With Gold titles.

You can claim both games through the links below, along with the Killer Instinct: Season One Ultra Edition, which will remain free through the end of January. Keep in mind that Xbox 360 games offered through Games With Gold are backwards compatible, so there's still a reason to grab Dirt Showdown even if you don't have your 360 hooked up anymore.

January's second batch of Games With Gold titles will go free starting tomorrow, January 16. Zheros for Xbox One will then be free until February 15, while Deus Ex: Human Revolution will be free until January 31. 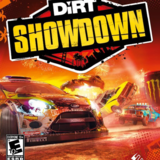