PS4/Xbox One Getting Psychological Horror Game The Park

Age of Conan and The Secret World developer Funcom has announced that its single-player psychological horror game The Park is coming to PlayStation 4 and Xbox One. The game was released for PC at the end of October and is scheduled to arrive for both console platforms in Q1 2016 (January-March).

The game's PC release was "successful," Funcom said in a statement, though a sales number for the game was not divulged. The Park will be Funcom's first console release in nearly a decade; the last game it shipped for consoles was Dreamfall: The Longest Journey in 2006.

"Encouraged by the positive reactions we have received on the Windows PC version, we are very excited about bringing it to consoles," Funcom CEO Rui Casais said in a statement.

The Park originally launched for PC on October 27, just days before Halloween, something that Funcom said was partially attributable to its success. The game presents a nightmare scenario for parents; you play as a mother, Lorraine, whose son has gone missing in a creepy, broken-down amusement park.

Lorraine must then explore the park and face its horrors to locate her son. For a closer look, check out GameSpot's Now Playing video above.

The Park is the result of a new business strategy that Funcom announced in August where it will develop "small, experimental, and innovative" games that focus on new concepts and platforms (VR and AR were two examples) using the company's existing IP. Funcom said it hopes this strategy will help pull it out of the financial trouble it's in as a result of Lego Minifigures Online's poor performance. 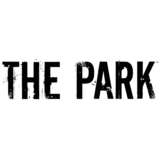