PS4's Killing Floor: Incursion Releases On PSVR In May

It's a bloody good time.

Killing Floor: Incursion is coming to PSVR. The VR title released last year on Oculus Rift and Vive, but jump from PC to PS4 on May 1. PSVR players will have access to an exclusive level, "The Crucible." Stepping away from the realism, this level has a certain Tron-like aesthetic. John Gibson tells PlayStation Blog this bonus level started out as a development arena for holdout mode.

In Incursion, you'll play as a Horzine security forces soldier who gets wounded in a battle with the Zeds. To keep your brain stable while your body heals you're placed in a simulation. Emma Rose, a Horzine officer, is your guide through the simulation. Normally this would be simple, but a virus is sending hordes of genetically engineered monsters at you. Die one to many times and you could go insane.

Killing Floor: Incursion is the first time the Killing Floor universe has been put into a full-fledged, multi-hour VR game, so The Crucible isn't just a standalone experience, but an additional level to the full game. If you haven't had a chance to see the campaign in action, check out the gameplay trailer here.

The developers have not detailed what kind of PS4 Pro support is available. As Incursion is its own title and not DLC, it should not require any previous Killing Floor game to operate. 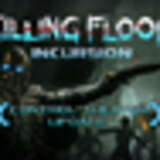