As suspected, upcoming PlayStation 4 racing game Gran Turismo Sport will not offer dynamic time or weather. Series creator Kazunori Yamauchi explained to GT Planet that these options, which were key features in Polyphony's PlayStation 3 Gran Turismo games, were dropped in an effort to improve the game's overall presentation.

Weather conditions and time of day will instead be pre-match options.

"We opted to not have the transitions in the race this time in order to raise the frame rate and the quality of the image during the race," he said. "So the user will be able to set that before they enter the race. So you'll still be able to have night races, morning, races at dawn, dusk, and so on."

Players may be happy to learn, however, that Gran Turismo Sport will have a damage system, even though it was not present in a recent demonstration of the game. Yamauchi has also identified 1080p and 60 FPS as Polyphony's targets for the game

Gran Turismo Sport marks the Gran Turismo series' debut on PS4. Originally announced late last year, we finally learned some hard details earlier this month. It'll include more than 130 cars and support for online and offline play, though its scope is more limited than the standard numbered releases.

The planned beta is no longer happening, as Polyphony would prefer to spend its time focusing on Sport's launch this November. Sony also recently revealed details of a collector's edition and what kind of bonuses you'll receive for preordering. 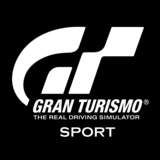