Snow, Guns Up!, and Hustle Kings confirmed for PlayStation 4 this week.

Snow is an open-world skiing and snowboarding game from Poppermost Productions, a small studio of ten people in Sweden. The game's goal is to capture the feeling of zipping down a mountain, as well as the peaceful nature of being outdoors. It has multiple modes, including a free roam option where you can go where you want and do what you want. In the competitive mode, you can go head-to-head with other players in an attempt to pull off the best tricks.

At launch, only skiing will be supported, but Poppermost says it hopes to add snowboarding--and other winter action sports--through future updates. Snow is currently available on Steam for PC as an Early Access title; the PS4 version is "coming soon."

As for Guns Up!, it is an action strategy game coming to PS4 this year alongside PlayStation 3 and PlayStation Vita versions. You play as a general who must strategically deploy units and resources to lay waste to enemy soldiers and their base. It is a cross-buy title, and a beta will be held later this year ahead of its release.

Guns Up! is the first game from Valkyrie Entertainment, which previously work on art for Infamous: Second Son and League of Legends.

The third free-to-play game confirmed for PS4 this week is billiards title Hustle Kings, which is already available on PS3 and PS Vita. Throughout the game, you'll earn Hustle Kings Credits (HKC) for completing the various challenges, and because it's a free-to-play game, this currency will also be available to buy with real money. But if you don't like that idea, you can pay for an "upgrade package" that will allow you to play the entire game without the need for HKC. A price was not announced.

Free-to-play games are nothing new for PS4. Others currently available include Warframe, DC Universe Online, War Thunder, and Blacklight: Retribution.

Do you play free-to-play games on console? Let us know in the comments below! 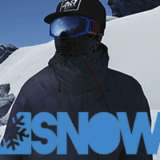