Its ongoing crowdfunding campaign has already raised more than $1 million.

When the crowdfunding campaign for a remake of classic first-person shooter System Shock began, only PC and Xbox One versions were confirmed. Now, with a week still to go and its funding goal having already been met, developer Nightdive Studios has announced a PS4 version is also coming.

"When we launched this Kickstarter, supporting PS4 was a possibility, but we hadn't started talking to Sony just yet about it," project director Jason Fader wrote in a Kickstarter update. "We were all focused on wrapping the demo up and prepping the Kickstarter. We already had strong contacts at Microsoft from prior projects, so supporting Xbox One was less of an unknown.

"After we saw the overwhelming demand for PS4, we reshuffled our priorities and focused on talking to Sony about making that happen. After a few weeks and lotttts of emails, we are officially on track for bringing System Shock to the PS4!"

Fader goes on to state the platform isn't being offered if a stretch goal is met, as is the case with Linux and OS X versions--it's simply coming to PS4 without qualification.

"We're adding it in as a thank-you to our backers that put their faith in us," he said.

Nightdive is hoping this helps to drive more money to the crowdfunding campaign, which has raised almost $1.1 million as of this writing with a week still to go. Remaining stretch goals include additional locations, an expanded narrative, a full orchestral score, more death cinematics, and other features.

"Supporting more platforms will cost us more time/money since ensuring a game functions smoothly and relatively bug-free is different from platform to platform," Fader said. "The more we're able to raise, the better the game will be. Please tell your friends about us, share this news about the PS4 support, and help us make the amazing game you all want."

On the PlayStation Blog, Fader said the game will arrive for PS4 "around Q1 2018," although crowdfunded games from other studios have frequently taken longer than expected. A demo of the game is currently available for free on PC that you can check out right now.

Plans for the remake were first unveiled last year after Nightdive secured the rights to the series. The original System Shock was released in 1994 by Looking Glass, employees of which eventually formed BioShock developer Irrational Games. 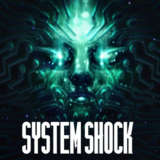