PS4 Getting Dungeon Defenders 2 Via Paid Alpha Starting This Month

Plus, developer confirms the game will have "ethical microtransactions."

The PlayStation 4 edition of Dungeon Defenders II will launch next week, but there is a twist. The version of the game launching on September 29 is in a pre-alpha state, which means the game is still in development and some features planned for the final version may not be ready right away.

"Please note that Dungeon Defenders II is still under development," developer Trendy said in a PlayStation Blog post. "During this time, some features, like local co-op and controller support, will be ahead of the PC version, but other features and content will be rolling in after they are released on PC."

An in-development version of Dungeon Defenders II has been available on Steam Early access since December 2014. The sequel adds new features like controller support and two-player local co-op.

To play the Dungeon Defenders II pre-alpha on PS4, you'll need to buy a "currency bundle," though pricing was not announced. The final game will be a free-to-play title that makes its money from what Trendy called "ethical microtransactions."

Microsoft also has an Early Access-style program on Xbox One, called Game Preview. Dungeon Defenders II has not been announced for any Xbox platforms.

Are you going to try out Dungeon Defenders II on PS4? Share your thoughts in the comments below. 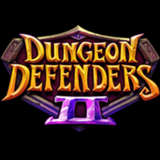