You'll have another chance to try Dissidia Final Fantasy NT before its release.

The beta begins on January 12 and runs until January 21. Unlike the previous Dissidia Final Fantasy NT beta, it will be available to all PS4 owners in North American and Europe, though you'll presumably need a PS Plus subscription in order to play it. Square Enix hasn't revealed the contents of the beta or what time it will officially begin, but the publisher says that more details will be announced closer to the beta's date. 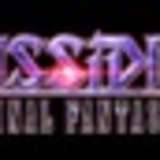