Remember Rime, the PS4-exclusive adventure game in development at Deadlight developer Tequila Works? It's been a very long time since we've heard anything about the game, and the studio has been quiet about it basically since its announcement at Gamescom 2013. It didn't show up at E3 2016, so a lot of people (myself included) thought that Rime might have been canceled.

In addition, he explained that the team working on Rime has actually expanded by 40 percent, suggesting that the developer is expanding its efforts on the game.

As for when we can expect new information about Rime, Herraez told us that we'll hear something soon. "We know it has been a long time with no news, and we are just as eager to communicate about the game as media and fans are to receive news, but we are only a few weeks away of changing that," Herraez explained.

Although Tequila Works hasn't shown the game off much since its announcement, we do know that Rime is an open-world adventure game that centers on a boy and his journey to escape an island. The last news we heard about Rime came back in March, when Tequila Works bought the rights to the game back from Sony. 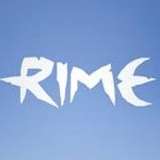