The game is set in a mental health institution that was closed in 1978 because its practices were reportedly "too cruel."

[ UPDATE] The Town of Light is also coming to Xbox One, it was confirmed today. It will launch in Q2 2017 on Xbox One and PS4, while an "improved" version for PC is also coming out.

"An enhanced edition of the original, this new release of The Town of Lightwill offer new puzzles, additional story elements, reworked voiceover dialogue, more interactive elements, and a huge graphical and UI overhaul that aims to deliver a more polished and immersive experience," publisher Wired Productions said in a press release.

Following its launch last year on PC, the Italian developer behind the psychological horror game The Town of Light announced that it's headed to PlayStation 4.

In a PlayStation Blog post, LKA.it art director and screenwriter Luca Dalco confirmed that the game is coming to Sony's system later this year, though a specific release date was not mentioned.

The Town of Light is inspired by true events. It takes place in the Volterra Psychiatric Asylum in Tuscany, Italy, which was a real facility that operated for almost 100 years before being closed in the 1970s. "Through extensive research we hope to give our players a glimpse into the treatment of those suffering with mental illness throughout the mid-part of the 20th century," Dalco said.

You play as the character Renee, a resident of the institution. With the facility now in ruins, you will explore it an an attempt to piece together Renee's past.

The Town of Light is not intended for children, as it contains "delicate themes" and other elements that may not be suitable for a younger audience.

"The game has some difficult moments making it unsuitable for children, but moments which we felt were important to include, doing justice to those who suffered at the hands of a system which was clearly overwhelmed and itself didn't know all of the answers," Dalco said. "Today, things are of course very different as great advances in the care for those with mental illness have been made around the world."

The Town of Light's PS4 version includes "a number of enhanced features" like improved visual effects and "new story and gameplay elements" as part of its effort to be "more immersive."

According to BuzzFeed, the asylum was closed in 1978 in part because its practices were deemed "too cruel." Electroshock therapy was reportedly used on residents, while there are reports that people were tied to their beds in straightjackets. You can see some pictures from inside the asylum here. 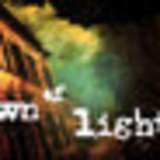 View Comments (75)
The Town of Light
PlayStation 4
Xbox One