Bandai Namco's upcoming Godzilla title will be released in the West next summer for PS4 and PS3.

Tonight during the Game Awards 2014, Bandai Namco confirmed that its previously announced Godzilla game is coming to the PS4 in addition to PS3, and will be released in the West. Previously, the game was announced only for Japan. The new Godzilla game will launch this summer.

In the new Godzilla game, you play as the hulking beast, wreaking havoc on cities with your incredible force. In addition to destroying every city's Energy Generator, you'll need to collect as much G-Energy as possible, which you can use to grow your size and skills.

"The game will also allow players to utilize a dynamic Movie-Style Camera Angle System, delivering the most epic camera angles from which to destroy both a multitude of locations as well as classic enemies such as Mothra, King Ghidorah, and Mechagodzilla," Bandai Namco said in a statement.

The new Godzilla game, which is simply titled Godzilla, features multiple game modes, including Mission, Diorama, and King of Monsters. 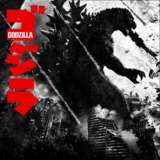