PS4 Adds Another PS2 Game to Its Library Next Week

Another PS2 game is on its way to PS4 soon, and this time it's Quantic Dream's Indigo Prophecy.

The news was shared today on the PlayStation Blog, revealing it will arrive as a PS2-on-PS4 game on August 9. (It was previously slated for July.) To be clear, this is not the remastered version released on PC last year, though it does feature support for Trophies and 1080p graphics--but don't expect it to look like a modern game.

Indigo Prophecy, which is known as Fahrenheit outside of North America, was first released in 2005. It's an adventure game of sorts not unlike Quantic Dreams' later titles. In the blog post, co-CEO Guillaume de Fondaumiere recalled the challenges the developer faced when pitching the game.

"This skepticism was so radical that we had to switch publishing partners during the last third of the game's production," he said. "While we were showing off the beta version, a certain group of high-profile professionals even claimed that we would never be able to finish the game!

"The reason for this skepticism was that we were creating something radically new, as we were attempting to resolve an equation that many thought was unsolvable: putting the story at the very core of an interactive experience and inventing gameplay that allowed players, through their actions and decisions, to change the way the story unfolds."

Indigo Prophecy went on to receive a good deal of acclaim, although depending upon who you ask, Quantic's subsequent games, Heavy Rain and Beyond: Two Souls, didn't live up to its legacy. Its next game, Detroit: Become Human, is headed to PS4 as an exclusive. 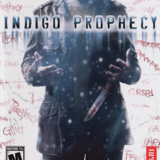