It's possible, says Sony Computer Entertainment president Ken Kutaragi; all that's needed is a TV capable of displaying it.

Coming soon to an Internet message board near you: waves of more-hardcore-than-thou posters referring to any game running at 60 frames per second (fps) as "a slideshow."

Appearing at the Tokyo International Digital Conference on Thursday to talk about the technological capabilities of the PlayStation 3 and the Cell processor, Sony Computer Entertainment president Ken Kutaragi said he expects the PS3 to be capable of running games at a stunning 120fps, according to a report in The Nikkei BP.

Never mind that even newer TVs aren't capable of refreshing the screen 120 times in a single second. Kutaragi said that when new technology comes to market, he hopes to have the PS3 ready to take advantage of it.

As for the Cell chip at the heart of the PS3, Kutaragi also had high hopes for its future beyond gaming. Using high-definition TV as an example, he said that the Cell chip could take advantage of the technology in many ways, such as displaying newspapers in their actual size, showing multiple high-definition channels on the screen at once, and video conferencing. He emphasized that the Cell can be used to decode more than 10 HDTV channels simultaneously, and it can also be used to apply effects such as rotating and zooming.

Later, he introduced the idea of a Cell cluster server that operates with 16 units, each consisting of eight Cell chips running at 2.5Ghz. That would be a total processing power of 25.6 teraflops. Kutaragi also outlined plans to shrink the chip from the current 90-nanometer process to a 65-nanometer process in the future and eventually down to a 45-nanometer process. 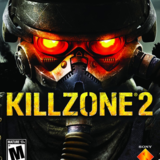