It might not have been the fabled "Segaton" (but hey, what is?), but today's flurry of announcements from Sega will elate devotees of the publisher. Late Thursday PDT, the company took the wraps off two heretofore unknown projects and dated one of its top next-generation games.

First up was the announcement that yes indeed, there is a next-generation Sonic game in the works. Billed as a "re-invention" of the classic franchise, Sonic the Hedgehog will make its debut on the PlayStation 3 and Xbox 360 sometime during 2006.

Presiding over the game's development will be none other than Yuji Naka, who, along with character designer Naoto Ohshima, created the original Sonic game for the Sega Genesis in 1991. According to Sega, Naka will "create the most intense sensation of speed ever experienced in videogames" with "an innovative combination of art, physics and game design."

"We are proud to re-create our famous friend, Sonic, for a new generation of gamers on PlayStation 3 and Xbox 360," said Naka. "With Sonic the Hedgehog, we have gone back to our starting point, more than 15 years ago, to reinvent the attitude and speed that made our hero a legend. The 'rebirth of Sonic' will offer an unparalleled sense of speed that is only possible using the processing power afforded by the new systems."

Sega also had good news for Xbox, GameCube, and PlayStation 2 owners. The company announced that Sonic Riders, a new game that "integrates extreme sports, high-speed racing and head-to-head battles," will ship in winter 2006 for all three platforms.

However, Sonic Riders' racing won't involve cars, motorcycles, or Wipeout-esque hovercraft. Instead, players will assume the role of one of several characters riding air boards in an international competition that will pit Sonic and his cohorts against the nefarious Dr. Eggman's team, The Band of Thieves: Babylon. The winner of the contest--which will support up to four players--will take home the fabled Chaos Emerald.

Last but not least, Sega today dated Chromehounds, its forthcoming mech combat game for the Xbox 360. In development at Tokyo-based From Software (Otogi, Armored Core), the game will ship for Microsoft's next-gen console in spring 2006, around the same time as the PlayStation 3 launch.

Sega did not release any rating or pricing information for Chromehounds. However, it did release a bevy of details on the game, including the fact that it will offer both "an absorbing single-player campaign and a fully customizable Xbox Live experience," according to Sega of America vice president of marketing Scott Steinberg. Steinberg also said the game would sport both cooperative and competitive online play and would let players choose from "thousands of upgrade options, which affect both the look and performance of player mechs."

Sega also said that Chromehounds would have "cooperative and competitive campaigns for up to 12 players" simultaneously and would let players exert squad-based control in "tactics commander" mode. The publisher also promised "photo-realistic visuals" of desolate, conflict-swept battlefields. 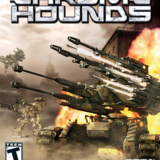