PS2's Onimusha: Warlords Will Release As Remaster On PS4, Xbox One, Nintendo Switch, And PC

Time to dust off your katana and take another slice at this remastered PS2 and PC game.

Onimusha: Warlords is the game that officially kicked off the Onimusha series, spawning many sequels to the fantasy action game. Now, the PS2/PC game is returning in remastered form, and will release on PS4, Xbox One, Nintendo Switch, and PC at the start of the new year. You can get a look at the new version of the game in the announcement trailer above.

The action game, first released in 2001, follows samurai Samanosuke Akechi and ninja Kaede as they fight to rescue Princess Yuki. Set in feudal Japan, the two must save Yuki from mysterious demons that have invaded her castle while uncovering the fiends' plot. Players wield katanas and other weapons as Samanosuke and Kaede battle their way to the castle.

The game is receiving a high-definition graphics overhaul of its characters, environments, and cinematics, and Capcom is adding widescreen support as well that allows for quick changing between widescreen and classic display modes. The studio is also adding support for analog sticks to boost movement accuracy during combat. Unlike the original Onimusha: Warlords, Easy Mode will now be available from the start of the game (whereas you had to fail a battle several times before it would unlock in the 2001 version). Lastly, a new soundtrack is being added to the game after the original game's composer was found to be using a ghostwriter (and possibly even faked being deaf).

Onimusha: Warlords HD will release on all systems on January 15, 2019 and will cost $20. In North America, you can already pre-order a physical copy of the game, with a digital pre-order coming soon. Players in Europe will be able to buy the digital version only. 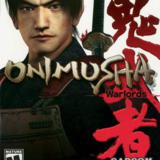