Though several people have already played through Grand Theft Auto: Liberty City Stories on their PlayStation Portables, gamers of a more-sedentary nature are anxiously anticipating the PlayStation 2 version. The PS2 version was originally scheduled for release in April, but if a report in Eurogamer is to be believed, gamers opting for the nonportable version will have to sit tight for a while longer.

According to Eurogamer, a representative from Rockstar Games has said that Liberty City Stories for the PS2 won't be out until after the publisher's Xbox 360 game Table Tennis, which is due in stores on May 26.

Little else about the game is known, other than that it will be cheaper than the PSP version.

Grand Theft Auto: Liberty City Stories for the PS2 has not yet been rated but will likely incur the same M for Mature rating as the PSP version. For more on the game, read GameSpot's review of the portable edition. 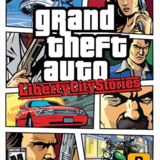