November's PlayStation Plus freebies for subscribers are now available to claim on PSN, and it's quite possibly one of the best months ever for the program. Hollow Knight: Voidheart edition and Middle-earth: Shadow of War are up for grabs in November. Both are great games, but the most exciting freebie is the bonus one: Bugsnax. Yes, we're talking 'bout Bugsnax. The PlayStation console exclusive is free for subscribers now.

Though Bugsnax is available now on both PS5 and PS4, only the PS5 version is free for PS Plus subscribers. You have a longer window than usual to claim Bugsnax, as the promotion runs until January 4. Bugsnax is a story-based puzzle game featuring a wide variety of interesting creatures called bugsnax. Since its reveal this past summer, Bugsnax has been one of the most talked about holiday games due its quirky premise and sheer abundance of charm. It's from the same studio that created Octodad, which itself made quite a splash with its own brand of humor. The newly released game earned an 8/10 in GameSpot's Bugsnax review.

Hollow Knight: Voidheart edition bundles the stellar Metroidvania with its four DLC packs. If you haven't played the breakout hit from Team Cherry, now's your chance to snag it with PS Plus. Hollow Knight has a sprawling and endlessly captivating world filled with a bevy of secrets. It earned a 9/10 in GameSpot's Hollow Knight review, with critic Alessandro Barbosa praising the game's scope, combat, and visual design.

Middle-earth: Shadow of War is an action-RPG set in The Lord of the Rings universe. It's the sequel to 2014's Shadow of Mordor and expands on the innovative Nemesis system while adding more strategy to combat encounters. Though Shadow of War has an uneven story and too many systems in play at times, it's still a solid game that's worth checking out if you're a LOTR fan. It earned a 7/10 in GameSpot's Middle-earth: Shadow of War review. Since its initial release, it has also had its microtransaction-heavy market system removed and the endgame process streamlined. It's necessary to complete it after you finish the last mission in order to get the final ending. 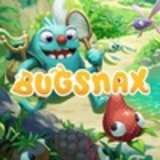