The October games for PlayStation Plus users have apparently leaked early, revealing the three games subscribers can claim.

October's PlayStation Plus games have reportedly been leaked early. A notable leaker that revealed September's lineup early posted that October's free games will be Hell Let Loose for PS5, Mortal Kombat X for PS4, and PGA Tour 2K21 for PS4.

As reported by VGC, Billbill-kun on Dealabs accurately leaked the September PlayStation Plus lineup of Overcooked: All You Can Eat, Hitman 2, and Predator: Hunting Grounds, which are available to claim until October 4. Dealabs said that proof of the leak was submitted to and approved by moderators. PlayStation Plus games are typically revealed towards the end of a month or very early in the month, meaning Sony should reveal the titles soon.

The most notable game in the bunch is the 50-on-50 World War II shooter Hell Let Loose, which is set to release on PS5 and Xbox Series X|S on October 5. If the leak is accurate, it means that the game will be launching onto PlayStation Plus. Hell Let Loose is currently available for digital preorder on Xbox Series X|S but is not yet available for preorder on the PlayStation Store, possibly pointing to it launching on PS Plus.

Mortal Kombat X is included in the PS Plus Collection for PS5 owners, however, this would allow PS4 owners to also claim the free game. Sony should be revealing the PS Plus games for October soon, proving if this leak is legit or not. 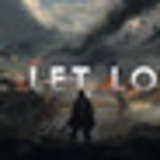