Sometimes prototypes don't work quite as well as envisioned. Sometimes they just need a bit more work before they're ready for production.

A representative with Sierra Entertainment today confirmed that to be the case with the company's upcoming open-world action game Prototype. Originally set for release on the PlayStation 3, Xbox 360, and PC this fall, the game has been bumped to a nonspecific 2009 release date.

"Since its announcement, Prototype has been regarded by many as groundbreaking and taking the open-world genre in new directions, and in the simplest explanation possible, we need more time to deliver the game the team initially set out to create," the representative said.

Developed by Radical Entertainment (the studio behind The Incredible Hulk: Ultimate Destruction and Scarface: The World is Yours), Prototype casts players as a genetically altered shape-shifter tearing a path of destruction through New York City. Along the way, gamers try to discover who they are and what's behind their mutations, all while fighting off an assortment of military and mutant adversaries. 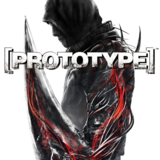 There are 340 comments about this story
Load Comments (340)