One of last year's best anime films, Promare, is finally out now on Blu-ray and DVD. The Studio Trigger anime movie has been available to buy digitally since April 21, two weeks earlier than planned in order to benefit everyone stuck inside during the coronavirus pandemic. In addition to the movie, both the digital and physical versions will include bonus features, including an interview with director Hiroyuki Imaishi, a roundtable with Studio Trigger, and the short films Side: Galo and Side: Lio.

To sweeten the deal, Promare's Blu-ray and DVD versions are on sale at Amazon today. Normally sold for $27, you can snag Promare on Blu-ray for $19 and on DVD for $13. Meanwhile, Best Buy is offering an exclusive, limited-edition Promare steelbook for $25--it includes the Blu-ray and DVD versions of the film. You can also nab the regular Blu-ray for $19 at Best Buy and own the digital version for $15 on Google Play. 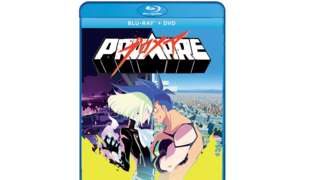 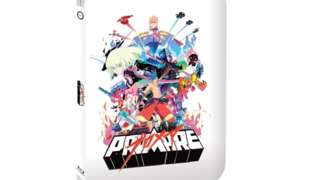 Promare is Studio Trigger's first major length film and is coming off of a successful North American run. Though the movie was in exclusive theaters for a limited period of time, it's earned over $2 million at the box office in the US. Combined with its international earnings, Promare has grossed almost $10 million USD in sales. For an anime film, especially one that had a limited release, those are big numbers.

In his review of Promare, GameSpot's Jordan Ramée said, "Promare's plot does stumble, most notably when it comes to how it builds its world and fleshes out the main cast, but it takes enough cues from what made Kill la Kill such a hit to then go out and tell its own take on why discrimination is bad and why everyone should learn to love their fellow person. Galo's origin story of becoming a firefighting superhero is framed with over-the-top action pieces, comedy, and well-timed pieces of music, and though he delivers an incredible finishing blow in the epic final battle, it's his evolving rivalry with Lio that gives the movie its satisfying ending. If nothing else, Promare is proof that Studio Trigger can make good anime movies too, not just series."