Project Entropia gets a release date

MindArk announces that its online RPG, in development since 1997, will launch early next year.

Sweden-based developer MindArk has today announced that Project Entropia will finally go gold on January 30, 2003. On that date, players will be able to download and play the finished version of the game for free--although real-world money will be required to pay for in-game services and items.

Project Entropia is Sweden's largest software project ever, with development costs of around $15 million to date. Described as a virtual universe, Project Entropia has been designed to have universal appeal and, as such, seemingly affords players the freedom to do whatever they like, whether it's hunting wild animals for their pelts, mining for ore, leasing apartments, or even trading on the Project Entropia Stock Exchange.

"It is even possible to make a living in Project Entropia," said MindArk chairman, Benny Iggland. "This is being demonstrated by several of our commercial trial users. A market economy is rapidly evolving, with our users defining prices on various commodities and items available in the virtual universe. Project Entropia will also incorporate real-world commodity trading in a three dimensional environment."

MindArk will make its money by charging a transaction fee every time players exchange real-world currency for "Project Entropia dollars," although details of exactly how this will be implemented have yet to be released. Although the final version of Project Entropia won't be available until January 30, players wishing to join in with the current beta version can do so by downloading it at MindArk's official site. For more information on Project Entropia, check out our previous coverage of the game. 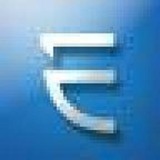