Keeping people out of prison is at the heart of this expansion.

The management simulator Prison Architect is getting its fifth expansion, Second Chances, and it's all focused on creating a more positive and rehabilitating system for convicts that results in reduced sentences and a lower chance of them ending up behind bars.

Announced during PDXCON Remixed on May 21, Prison Architect: Second Chances adds a whole bunch of new tools to help you identify inmates with a high probability of returning to prison and take steps to improve their situation. To determine which people you should focus your attention on, you can see a few different statistics, including whether or not the person has family and if they have committed multiple crimes.

Helping the prison population can be done via a variety of actions, such as providing higher-paying jobs in the prison--including ones that promote furthering education--reducing sentences based on behavior, running animal therapy programs, and even bringing back reformed prisoners to run group workshops.

The prison can receive fines based on reoffending prisoners, further encouraging you to make sure that those who serve their sentence are prepared for the outside world and will not return again. Situations like the prisoner's age or family can play a role, but these are not as important in Prison Architect as the factors you have control over. Each time they do return, it will usually be even harder to ensure they don't get convicted again after serving their new sentence.

Prison Architect: Second Chances is just one of the announcements to come out of PDXCON Remixed, which also includes Crusader Kings 3: Royal Court, and it's out for PC, Xbox One, and PS4 on June 16, followed by Nintendo Switch on June 29. 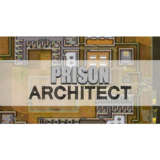