Prince Of Persia: The Sands Of Time Remake Still In Development, Aiming For 2022-23 Release

Like sands through the hourglass, so are the delays of our lives.

Ubisoft's Prince of Persia: The Sands of Time remake has had more than one delay since the publisher announced it to the world, and in a brief development update, it looks like fans will have to be patient for at least another year. In its latest financial report, Ubisoft confirmed that it was aiming for a 2022-23 release window for the remake of the 2003 game.

"We want to take a moment to reassure you that the development of Prince of Persia: The Sands of Time Remake is still underway, motivated and inspired by your feedback," Ubisoft stated. "We will update you on our progress in the future and want to thank all of you for your unwavering support and patience."

An update from the Prince of Persia: Sands of Time Remake development team: pic.twitter.com/z9sFaBwz9N

Officially revealed during the September 2020 Ubisoft Forward event, Prince of Persia's initial January 2021 launch date was delayed to March 2021. Two months later, Ubisoft would announce that the game had been delayed to an unspecified date in the future, so that the visuals, combat, and a new targeting system could be further refined for its PC, PS4, PS5, Xbox One, and Xbox Series X|S launch.

Prince of Persia: The Sands of Time isn't the only Ubisoft game to be facing a delay though, as Ubisoft's financial report also revealed that its guitar tutor app Rocksmith+ and Tom Clancy's The Division Heartland were being shifted to new dates in 2022. On a positive note, none of Ubisoft's projects have been announced for a February 2022 release, as that month is bursting at the seams with several high-profile titles that are currently playing a game of release-date chicken. 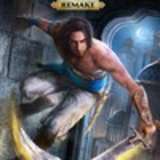