Though it was not critically adored, Jerry Bruckheimer's spin on Dastan's time-traveling adventure is now the highest grossing video game-based film of all time.

Prince of Persia: The Sands of Time, which is based on Ubisoft's 2003 game of the same name, did not perform so mightily in the United States, taking in just over $80 million since it debuted May 28. However, according to Box Office Mojo, The Sands of Time raked in over $213 million internationally, bringing the film's worldwide box office success to around $293 million.

That figure makes the film the highest grossing video game-based movie of all time, passing the original Lara Croft: Tomb Raider, which racked up $274 million globally. The Sands of Time's budget is estimated to be in the area of $200 million, making a sequel seem very likely.

Prince of Persia: The Sand of Time stars Jake Gyllenhaal as the mighty Dastan; Gemma Arterton as the lovely princess Tamina; Sir Ben Kingsley as Nizam, the film's antagonist; and Alfred Molina as Shiek Amar. It was directed by Mike Newell and produced by Jerry Bruckheimer. It took in just over $30 million in its first weekend, where it was available in over 3,500 theaters. 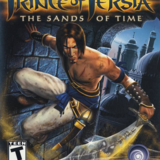 View Comments (70)
Prince of Persia: The Sands of Time