Prime Day gaming headset deals haven't officially started, but you can already save on a bunch of great headsets ahead of the big sale.

With less than two weeks to go until Amazon Prime Day 2021, now's a good time to start thinking about the products you want to try to grab for less. Prime Day has traditionally been a great time to pick up a gaming headset at a steep discount. Last year, we saw great deals on Razer, Turtle Beach, Corsair, and HyperX headsets, and we'd expect to see even better discounts this year. In fact, there are some solid headset deals available at Amazon now, including discounts that beat out Prime Day prices from last year already. Make sure to check back when the sale officially kicks off on June 21, as there will undoubtedly be even more Prime Day headset deals to browse.

For more on Prime Day, check out our roundups of the best Prime Day deals, TV deals, monitor deals, and phone deals. If you're shopping for stuff for a specific gaming platform, we've compiled the best Prime Day Nintendo Switch deals, Xbox deals, and PlayStation deals, too. And for more headset suggestions, check out more of the best gaming headsets we've tested for each platform, including our picks for the best PS5 headset, best Xbox headset, and best PC gaming headset as well as Bluetooth headphones for Nintendo Switch. 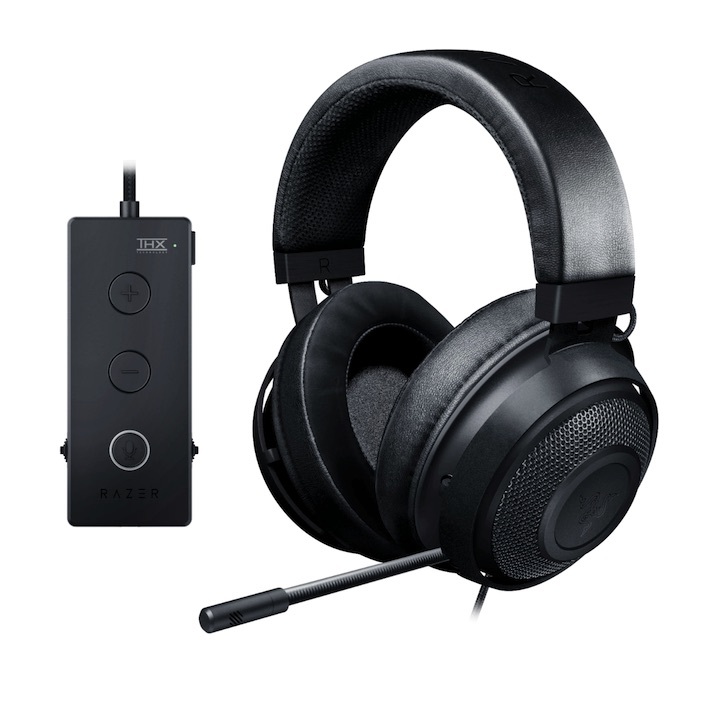 The Razer Kraken Tournament Edition gaming headset is on sale for $40 off at Amazon and Best Buy. This universal headset is compatible with PC, consoles, and mobile devices. It comes with a USB audio controller that lets you adjust volume, bass, and THX Spatial Audio, which provides 360-degree positional audio. The ear pads are a mixture of cloth and leatherette, while the inside of the cushions have cooling gel to help mitigate excessive heat while wearing them. 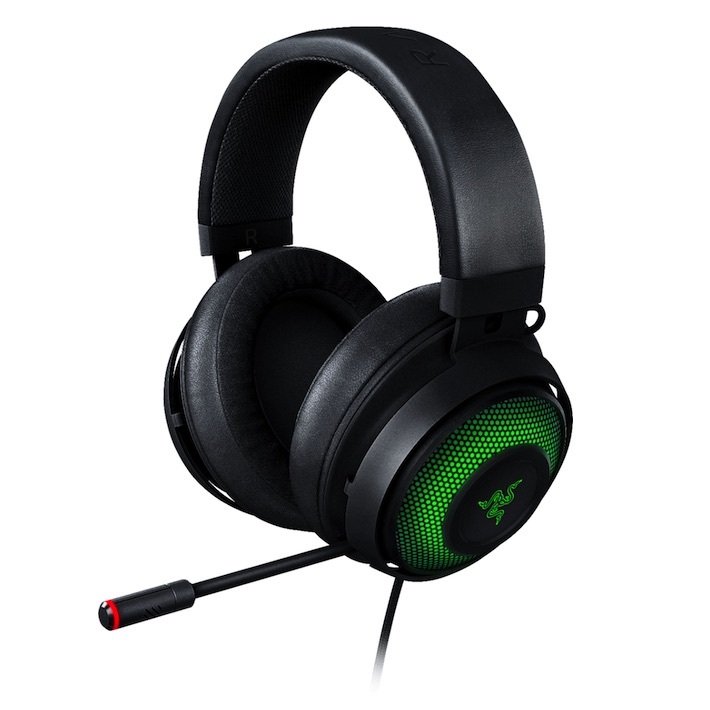 The Kraken Ultimate's main difference from the Tournament Edition from a performance perspective is the addition of Chroma RGB lighting, which adds some traditional Razer flair. Though designed with PC in mind, the Ultimate works with consoles and mobile devices via a 3.5mm audio cable. While normally $130, you can get the Kraken Ultimate for only $70 at Amazon and Best Buy right now. 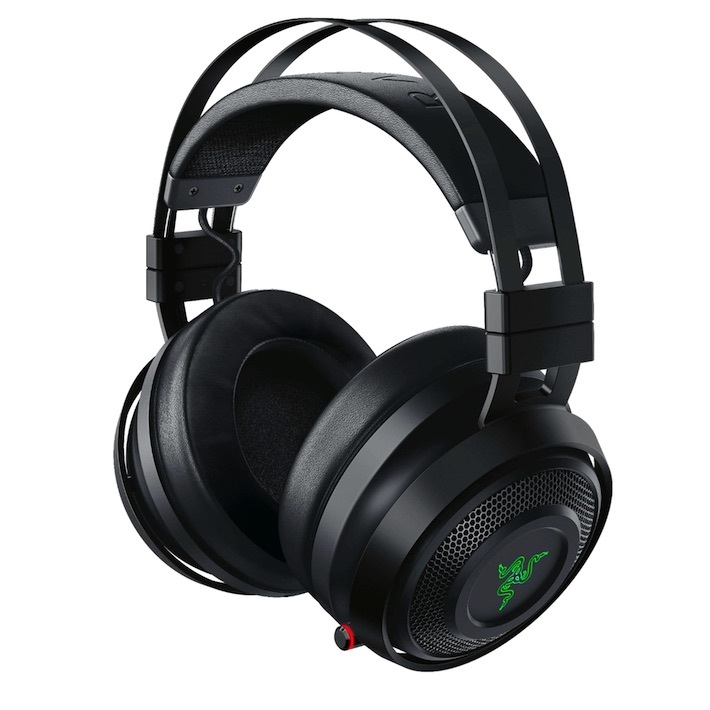 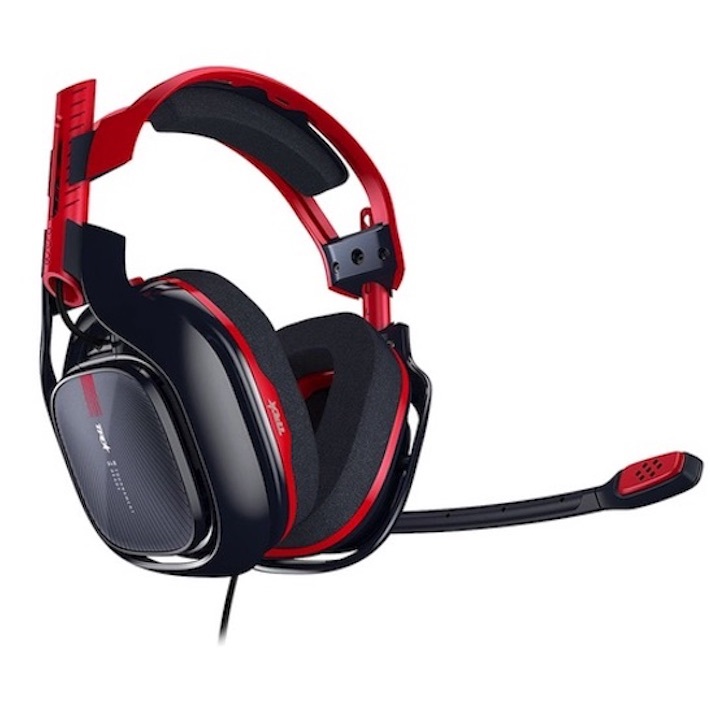 Astro makes some of the best gaming headsets for all platforms, and the A40 TR X-Edition has numerous bells and whistles that make it a great pick for those looking for a universal gaming headset. The A40 has stereo surround sound and supports Dolby Atmos. Astro specifically tunes the drivers in its headsets to provide optimal sound for gaming, and the 40mm drivers in the A40 pack a powerful punch. With a lightweight and ergonomic design that can be tweaked to fit your preferences, the A40 is designed for comfort throughout lengthy gaming sessions. Although the default red and black color scheme is slick, you can also purchase separate speaker tags from Astro or even design your own. The A40 can be modded as well to provide different listening experiences. It's on sale for $129 at Amazon and is compatible with PC, mobile devices, and all major console platforms. 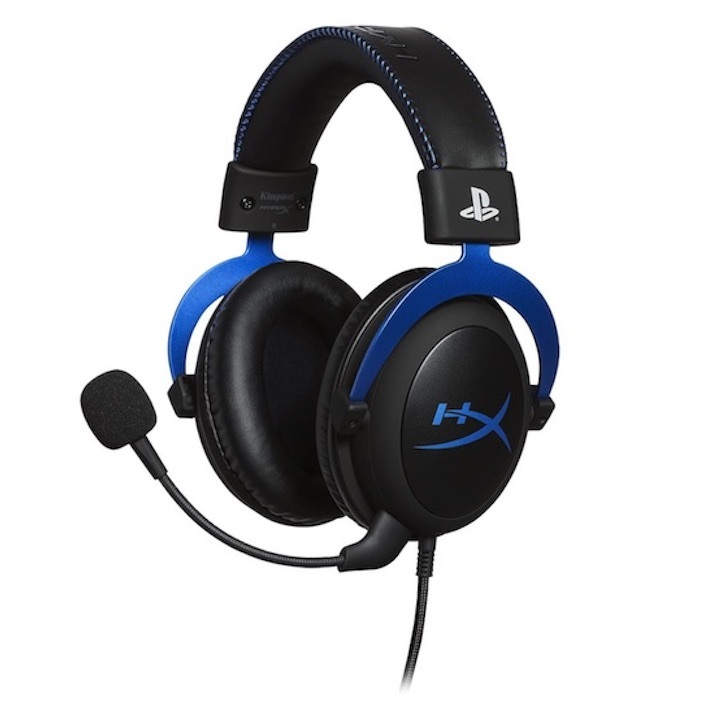 PlayStation and Xbox owners can grab the officially licensed HyperX Cloud wired gaming headset for $20 off at Amazon right now. The PlayStation version is black with a bit of blue sprinkled in, while the Xbox version is black and green. The HyperX Cloud features 53mm drivers and soft memory foam ear cushions. It also has a detachable microphone and in-line volume controls that are easily accessible. You can also use either version of the HyperX Cloud on PC. 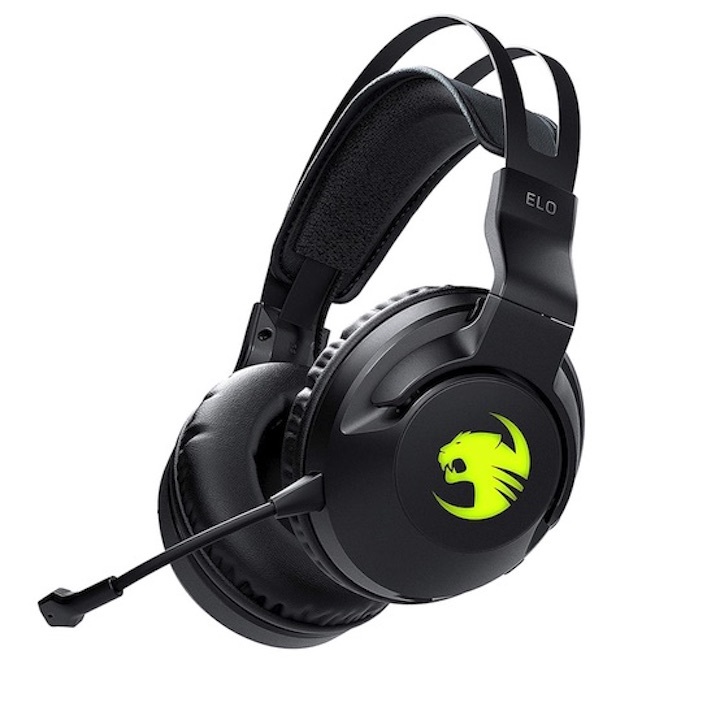 For a wireless headset option under $100, check out the Roccat Elo 7.1 Air, which is on sale for only $80 at Amazon. The Roccat Elo 7.1 Air connects to any Bluetooth device and features 7.1 surround sound. It also has dynamic lighting effects that can be customized through the included software. 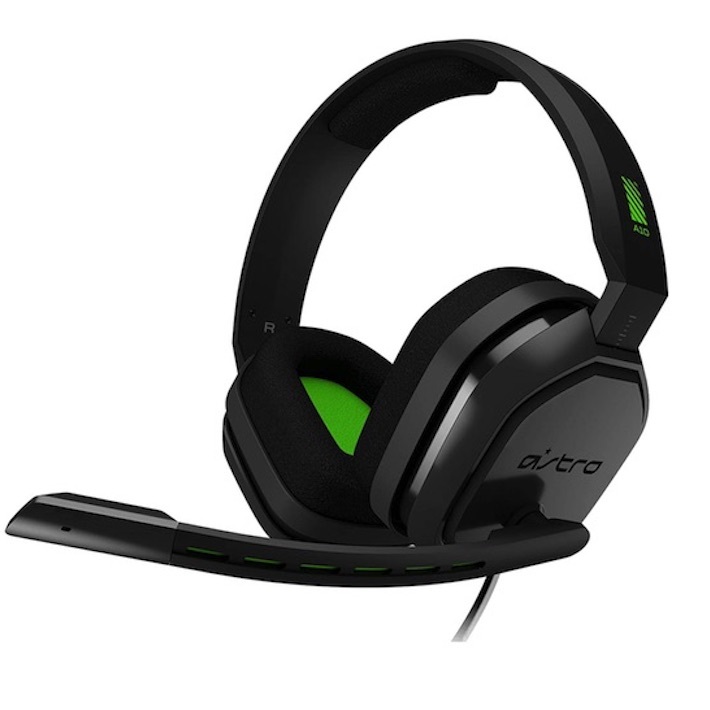 Similar to the HyperX Cloud, the Astro A10 is a budget-minded wired headset that has editions for both PlayStation and Xbox. If you've managed to snag an Xbox Series X or PS5 but don't want to drop a lot of cash on a headset, the A10 is a solid choice for the price, and it still features noise-canceling technology. It's on sale for $50 at Amazon and is compatible with Nintendo Switch, PC, and mobile devices, too. 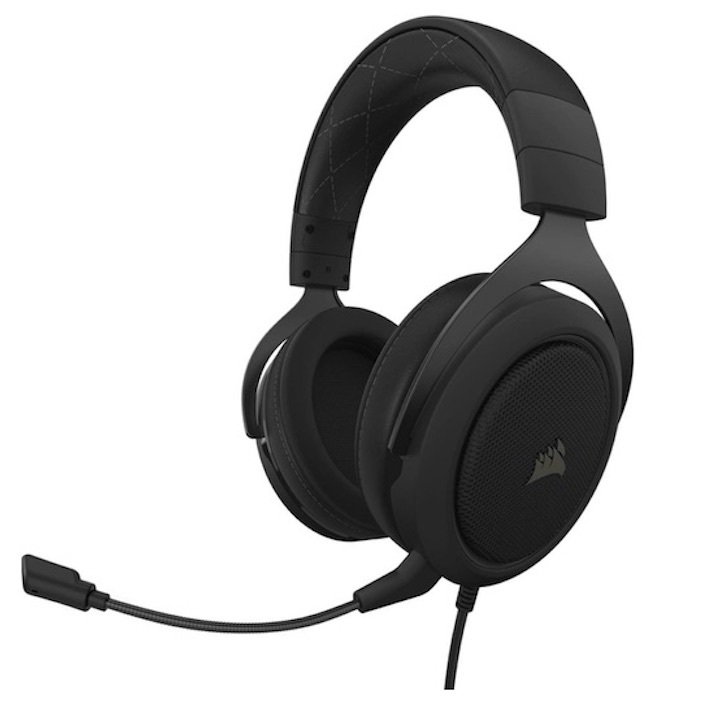 Although Corsair is known for PC gaming peripherals, the HS60 Pro is actually compatible with PlayStation, Xbox, and Nintendo Switch, too. It has an understated design that will appeal to those looking for something that has a conventional headphone aesthetic. The HS60 has on-ear controls, 7.1 surround sound, and supports Corsair's ICUE software (for PC gaming). The noise-canceling mic is detachable, so you could also use the HS60 as a standard pair of headphones for music. 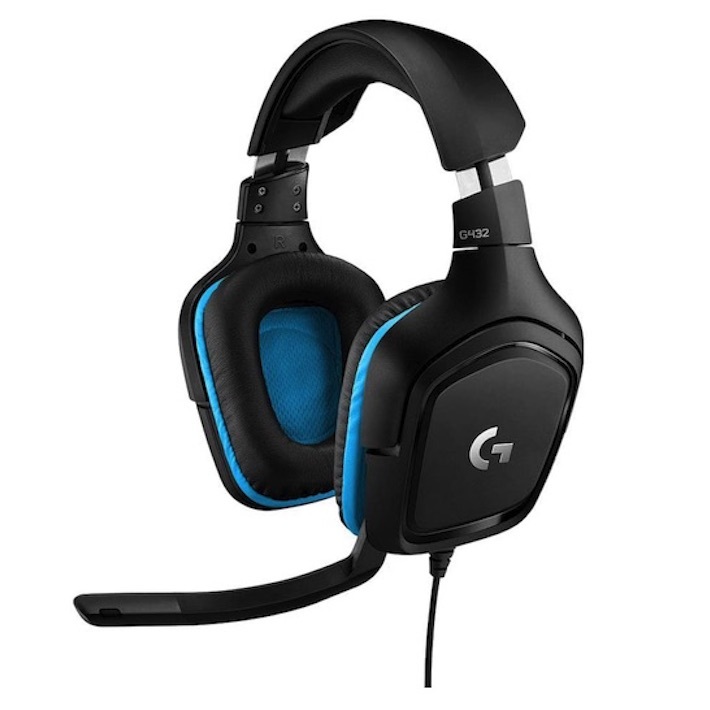 Another universal headset from one of the most well-known peripheral manufacturers, the Logitech G432 is on sale for $50 at Amazon, which is 30 bucks off the list price. The G432 has 50mm drivers and DTS tech for positional 3D audio. The ear cushions and headband are both covered in soft leatherette to produce a comfortable feel. The G432 can connect to any PC, mobile device, or game controller with its 3.5mm audio cord. 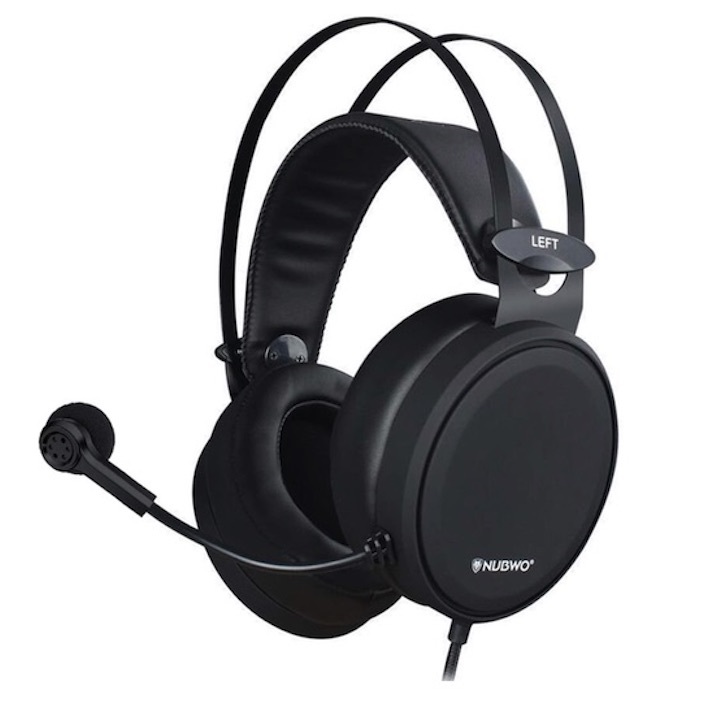 For a serious bargain, check out the Nubwo N7, a universal gaming headset (consoles, PC, and mobile devices) that's available for only $17 at Amazon. While you won't get the same audio quality as some of the other headsets on this list, the Nubwo N7 holds a 4.3 out of 5 user rating on Amazon based on more than 23,000 reviews. If you just want a headset to use occasionally for private listening and aren't really particular about sound, the N7 could be a decent choice. 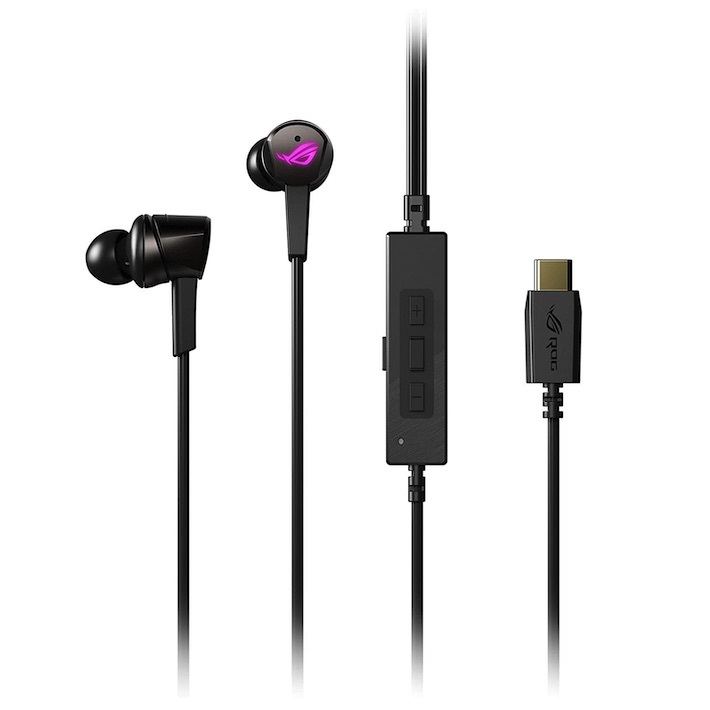 While over-ear gaming headsets are by far the most popular option, some prefer earbuds--which can be significantly more comfortable over time. The Asus Rog Cetra noise-canceling gaming earbuds are on sale for $80 at Amazon. These USC-C earbuds are compatible with PC, consoles, and mobile devices. They have an in-line media control to adjust volume and switch between active noise-cancellation and ambient modes. With the Armoury II software, you can adjust various sound profiles to find your preferred settings.