Prey to reenter fray at E3?

In 1995, 3D Realms announced it was working on Prey, an all-new property. Set in a dark future, the third-person PC actioner was to follow Talon Brave, a Native American warrior battling a host of alien invaders. The game was to be published by GT Interactive, which was later bought by Infogrames, and was even on display at E3 1997. However, in 1998, 3D Realms put Prey on indefinite hold to concentrate on Duke Nukem Forever--which remains incomplete to this day.

Six years later, it appears that Prey may have found a new lease on life. In the latest edition of his Game Over column, CNN/Money's Chris Morris says that the game has been hauled out of a deep freeze by an unnamed "third party" and will be unveiled at this year's E3. As for Prey's publisher, Morris speculates that it will be Take-Two, which will also publish Duke Nukem Forever when it (finally) comes out.

But why would 2005 gamers care about a 10-year-old game? According to Morris, the "new version will use the Doom 3 graphics engine and is said to be a visually striking title." However, he had no information about whether the game's story would remain intact or whether it had undergone changes.

Check out GameSpot's forthcoming E3 coverage to see if Prey will rear its head again. 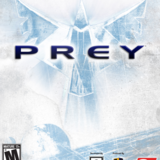