"It was a game we believed in, but we never felt that it got to where it needed to be".

Publisher Bethesda has confirmed that the protracted and problematic Prey 2 project has now been cancelled.

A representative for Bethesda, Pete Hines, suggested to CNET that it was quality issues, and perhaps issues of direction, the sealed the game's fate.

"It was a game we believed in, but we never felt that it got to where it needed to be--we never saw a path to success if we finished it," he said.

"It wasn't up to our quality standard and we decided to cancel it. It's no longer in development. That wasn't an easy decision, but it's one that won't surprise many folks given that we hadn't been talking about it."

The first-person shooter was first announced in 2011, and thought to be in development at Human Head Studios, which had built the 2008 original.

Then, after a long period of silence since its announcement, the project was said to be "in limbo".

In August 2013, a new report suggested that Bethesda had moved the game to a new development team, known as Arkane Austin. Little more was said about the project thereafter.

Hines added that the Prey franchise may not be dormant forever.

"It's a franchise we still believe we can do something with--we just need to see what that something is," he said.

See below for early art on the now-defunct project. 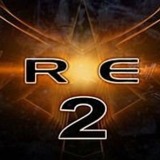