Most often, it takes years of work and hundreds of bylines for most game reviewers to reach the point where they even start to get noticed by the average gamer. British-born, Australia-residing author, humorist, and game designer Ben "Yahtzee" Croshaw got there virtually overnight. Since launching...

136 Comments
Most often, it takes years of work and hundreds of bylines for most game reviewers to reach the point where they even start to get noticed by the average gamer. British-born, Australia-residing author, humorist, and game designer Ben "Yahtzee" Croshaw got there virtually overnight. Since launching the Web magazine The Escapist last August, his Zero Punctuation series of animated video reviews have gained a massive following for its rapid-fire deliver and razor-sharp send-ups of such games as Medal of Honor: Airborne, Halo 3, Guitar Hero III, and, most recently, Turok. He also runs his own blog, Fullyramblomatic.com

Last month, Croshaw's celebrity was given official recognition at the 2008 Game Developers Conference. He was commissioned to do both a series of comedic shorts for the Game Developers Choice Awards and a typically motormouthed recap of BioShock for 2K Boston head Ken Levine's keynote.

I chatted with Croshaw via e-mail about how he got start, his rise to fame, and what he thinks of the state of game journalism today. (Note: I've done freelance work for The Escapist in the past.)

PressSpotting: How did you come up with the idea of Zero Punctuation? How did The Escapist discover you? 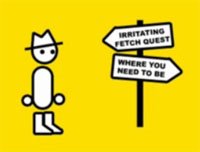 Ben Croshaw: I'd been watching a lot of YouTube videos at the time and the idea occurred to make a video using no actual video-making equipment, with just still images and narration. The fast-talking thing came out kind of by accident. I'd recorded the voice in what I thought was a normal way, but when everyone commented on how fast it was, I deliberately kept that going in future reviews.

PS: Are you surprised by how big Zero Punctuation has gotten so quickly? What do you think is the key to the appeal?

BC: I think the appeal lies in firstly that they're funny, and secondly because, as well as being funny, I genuinely try to make valid points. When you're trying to get a point across, humor is always a good midwife, as most political cartoonists would tell you.

PS: Whose reviews do you enjoy? What do you look for in a review?

BC: Growing up, I read a lot of game reviews in magazines, especially the British magazine PC Zone, and I found I always preferred reading the negative reviews because they tended to be funnier. So I enjoy reviews that do the same thing I do, I guess--humour and negativity. One of my favourite writers from PC Zone, Charlie Brooker, now has his own TV show which I've been watching diligently, and he's probably my biggest influence. As for Internet reviewers, my personal favourite is Noah Antwiler of Spoony Experiment. I challenge you to not enjoy his video review of The Thing.

PS: Your reviews tend to put a lot of focus on the annoying and/or just-plain-bad bits of games. Do you think the games press in general goes too easy on games? Are they just writing for a different audience than you are?

BC: I do think there is a tendency for most gaming press to go easy, especially on big-name titles, because I think there's a feeling that ensuring the success of really popular games helps the industry as a whole. I seem to remember growing up that whenever a console was dying out, the associated magazines would always start awarding the few remaining games with bigger and bigger scores... My own position is that we're living in the early days of a new art form, and that the cruellest possible thing you can do to an artist is tell them their work is perfect when it isn't.

PS: Being of England and Australia yourself, do you notice any differences between the American and foreign games press? 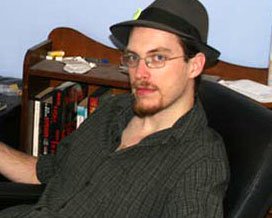 BC: There's definitely more of an emphasis on humor in English and Australian gaming media. PC Zone was generally big on this.

PS: Do you think developing your own games makes you a stronger reviewer? (photo credit: Australiangamer.com)

BC: I think so. As a designer myself, I have very clear ideas on what makes a game fun, and the ideal balance of story and gameplay. I tend to review gameplay design more than any other aspect, with original storytelling coming in second. I'm rarely one to be impressed by cool physics or amazing graphics (Crysis review notwithstanding) when the game is not essentially fun to play.

PS: What are your thoughts on the state of humor in the video game media, specifically in other game review videos found online?

BC: The trouble with the video game media is that it's mostly on the Internet, which has no quality control. Gaming humour on the Internet usually means gaming webcomics. And Penny Arcade is the only good gaming webcomic. Everything else is a rip-off of PA or just plain rubbish. Ctrl-Alt-Del is the Rubbish King, sitting proudly on a throne of rotting meat. As for other game review videos, I've already mentioned that Noah Antwiler is good, but I've been unimpressed by the other really popular ones. I watched one Angry Video Game Nerd once and that was enough for me, thank you. This is starting to sound really arrogant, isn't it?

PS: You've done a lot of written reviews on your personal site. Do you prefer straight writing or the video format, and why?

BC: They're actually very much alike, because Zero Punctuation has to start out as a straight written script before I can start animating it. A lot of my written reviews could probably pass for Zero Punctuation if I read it out loud and made funny pictures come up. So I guess I prefer straight writing to making videos, if only because it's less work.

BC: Well, it's easier, more convenient and free, so it'll almost certainly kill print game journalism, if it hasn't already. As for online written game journalism, I have no idea. Maybe if everyone forgets how to read, which considering kids these days, is a possibility I wouldn't totally discount.