Shrek on the Xbox, Lady Sia on the GBA, Casper on the PS2, and the Shrek kart-racing game are among the many products TDK will have on display at ECTS.

Ambitious new publisher TDK Mediactive has been busy signing projects lately, and the company has gathered a rather impressive lineup for this year's ECTS event in London. The projects are for various platforms such as the Sony PlayStation 2, the Microsoft Xbox, and the Nintendo Game Boy Advance. The entire list of TDK games for ECTS is below:

Lady Sia (GBA, due October 2001): This platform game is set in a fantasy world inspired by Japanese anime. Lady Sia, a young, courageous warrior princess, attempts to save her beloved homeland from the cruel and heartless beastmen, the T'soas. In a perilous journey through 36 maps across four worlds, players must collect weapons and magical powers to defeat increasingly formidable foes and free prisoners, as Lady Sia prepares to confront her archenemy, Onimen. Along the way, Onimen's evil minions, the Tigermen, Pelicanmen, and Waspmen, keep Sia on her toes, while the ferocious Foxwoman, Chameleonmen, and 27 other bizarre enemies lie in wait.

No Rules Get Phat (GBA, due November 2001): One Eyed Jack, an excellent skate fiend and fearless leader of the No Rules posse, must stop an invasion by the so-called Punkazz aliens of his local hangouts. To achieve his goal, he must board like a pro and bust out tricks such as a double ollie, 360, and hand plant. He must also be a dead-eye shot with his slingshot and alien slime gun and grind the rails of social irresponsibility--all in the name of preserving his lifestyle. Players will guide One Eye Jack through five worlds, including Colbutt Mountain and the Cocoa Soul Puffies cereal factory.

Shrek: Fairy Tale Freakdown (Xbox, due spring 2002): This project is currently being developed for Microsoft's Xbox at Digital Illusions Canada (formerly Sandbox Studios). Shrek sets out to face Merlin, but he will need the magic mirror's now depleted powers of teleportation to get to Merlin's Black Tower Fortress. In order for the mirror to slowly regain its magic, players must guide Shrek to perform good deeds across the land. Along the way, he will face some very twisted fairy tale characters that are possessed by Merlin and his evil magic mirror. The latest build of the game will be at ECTS, and we will have complete impressions direct from the show floor.

Shrek Kart (working title, GBA; due spring 2002): Already announced but never seen, the kart racing game based on Shrek is said to make a first-time-ever appearance on the ECTS show floor behind closed doors. Absolutely no information could be obtained prior to the show, but we'll bring you more info when TDK Mediactive fills us in on the planned kart racer.

PRYZM Chapter One: The Dark Unicorn (PS2, due March 2002): Fans of the fantasy-based TV series and novels should enjoy this action-adventure game. Pryzm, a bold, young winged unicorn with magic powers, and Karrock, a troll mage, embark on a quest to find the source of an evil plague that has infested the Troll Mountains, Elfin Forest, Gnome Hills, and the Nymph Marshes. The evil has transformed the inhabitants into grotesque shadows of their former selves. Pryzm carries Karrock on her back as they search for the source of the curse. Together, the unlikely duo can use their magic spells to ward off attacks and restore to health the mutated sorcerers, warriors, and monsters they encounter throughout their journey.

Casper Spirit Dimensions (PS2, due December 2001): Although the previous Casper games never quite impressed consumers worldwide, he now gets another chance with his next-gen debut on the PS2. Casper goes head-to-head with the evil Kibosh and his henchmen to defend the spirit world in this adventure game. Players venture through portals to strange worlds, each riddled with ghostly minions commanded by powerful bosses. Medieval castles, freaky amusement parks, foreboding old factories, and a haunted pirate ship set the scene for this ghostly adventure.

The Land Before Time: Racing Adventure (PS One, due September 2001): This is a 3D racing game for younger players, featuring the popular dinosaur characters from the family movie and home video series of the same name. Players race their favorite dinosaur characters through obstacle courses and two-player tracks set in four prehistoric environments. These dinosaurs gallop, jump, dodge, and use ice wedges and stone slabs to slide through tricky areas, grabbing bonus points as they zoom through the course.

Wendy: Every Witch Way (GBC, due October 2001): After accidentally reversing gravity, Wendy rushes to set things straight by recovering four little Moon Stones hidden in Moon Stone Castle. With her magic wand and powers of gravity reversal, she must confront 21 different enemies through 12 standard levels, three bonus Flying Broom levels, and the final boss level. You explore the standard levels on foot and take to the air on Wendy's broomstick for bonus levels, all the while zapping spooky enemies with her wand. She can reverse gravity and navigate upside down to dodge or engage an enemy or avoid dangerous obstacles. Interestingly, the game will also feature a special world, which will be playable only on the Game Boy Advance. The world will feature three exclusive levels and a secret code that can unlock full firepower throughout the entire game on both systems.

We'll have more info about TDK Mediactive's titles directly from the showfloor. ECTS will open its doors September 2 and will run through September 4. 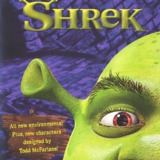