The PlayStation and N64 versions of the game arrive at retailers.

THQ has announced the release of Power Rangers Lightspeed Rescue for the Sony PlayStation and Nintendo 64 consoles. The action-adventure game features a two-player mode and includes authentic music and voice-overs from the television show.

"We are thrilled with the ongoing success of Power Rangers Lightspeed Rescue for the Game Boy Color, which hit retail in June of this year," stated Alison Locke, executive vice president of North American publishing, THQ. "Now kids will have an exciting opportunity to assume the role of their favorite Power Rangers hero on the PlayStation and the Nintendo 64." 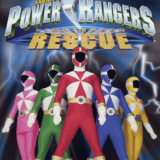